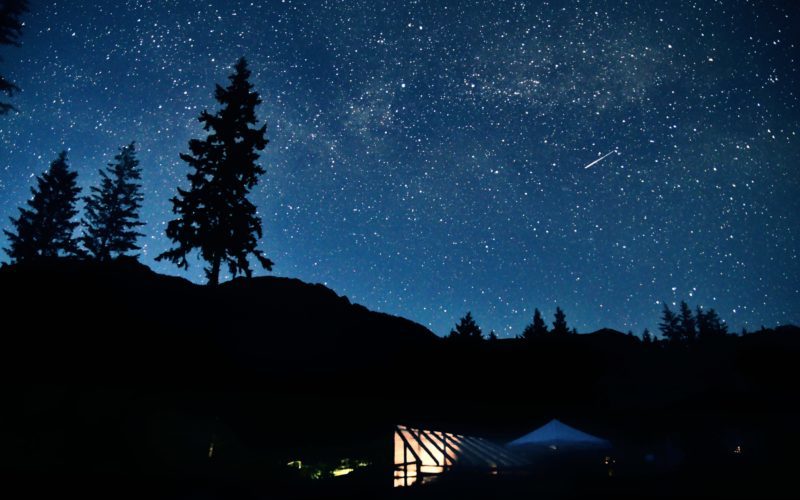 We refer to individuals living in other lands as expats (expatriots). They reside as aliens in countries where they are not citizens. Actually, the Bible repeatedly speaks of God’s people as resident aliens. Abraham is perhaps the most familiar Bible expat. We ought to contemplate the implications of Abraham’s alien status in regard to how we should live and serve Christ in today’s world. So, let’s examine Abraham’s life through the lens of Hebrews 11:8–19.

Abraham did not understand where he was going, but he went obediently at the Lord’s direction (v. 8)

“And he went out, not knowing where he was going” (ESV). How could Abraham not know where he was going? Didn’t God tell him that he was going to Canaan? Wouldn’t he have known about Canaan? According to Genesis 12:1, God told Abraham to go “to the land that I will show you”—He did not identify that land. Subsequently, God led Abraham and his companions to Canaan (Gen 12:5) and there God revealed that He would give that land to Abraham’s descendants (Gen 12:7). In Hebrews 11:8 “not knowing” involves the Greek verb epistamai, which means that Abraham “had acquired no prior information” about the land and was, at the time he departed Haran, “unacquainted” with Canaan.

We do not need to have full disclosure or complete information regarding the place to which the Lord leads us to minister His gospel. Our God knows—that should be sufficient. Like Abraham, none of us is adequate for the ministry for which God sends us—our adequacy is in Him alone (2 Cor 3:4–6).

Abraham went to Canaan to live as an alien and as a tent-dwelling nomad (vv. 9–10)

“By faith he went to live in the land of promise, as in a foreign land, living in tents with Isaac and Jacob.” In verse 9 “to live” is the verb paroikeō, which refers to abiding somewhere that is not one’s own place or nation, to reside outside one’s own land. An “alien” (allotrios) identifies an individual living in a place that belongs to someone else. Such an existence required Abraham to dwell in tents even throughout the years of his life after the birth of his son Isaac and the birth of his grandson Jacob. That certainly does not fit what we normally think of as an ideal setting for our own family. Stephen adds to this description in Acts 7:5 by declaring that God “gave him no inheritance in it, not even a foot’s length.” God promised to give the land to Abraham’s descendants, but Abraham never lived to see that promise fulfilled. He even had to purchase a cave in which to bury his beloved Sarah (Gen 23:1–20).

We may never possess even a foot of the land to which God takes us. We need to count all our possessions as nothing. It is not necessary for us to purchase a home for ourselves in the land to which God sends us. We have Christ, who said of Himself, “Foxes have holes, and birds of the air have nests, but the Son of Man has nowhere to lay his head” (Matt 8:20).

We may never possess even a foot of the land to which God takes us. We need to count all our possessions as nothing.

“Therefore from one man, and him as good as dead, were born descendants as many as the stars of heaven and as many as the innumerable grains of sand by the seashore.” Before Isaac was born, Abraham had reached the limits of being able to father a child—he was “as good as dead.” But, from him came the beginning of innumerable descendants and the fulfillment of the promises that God had given to him in Genesis 15:5. The God of the impossible made it possible (Gen 18:14), even for elderly Abraham and Sarah.

We might have to wait decades without experiencing success in our gospel mission. Converts, churches, and answers to our earnest prayers will occur in God’s timing and for His glory—in some cases, after we’ve already transitioned to heaven.

Abraham focused his attention on heaven as his home (vv. 13–16)

“they desire a better country, that is, a heavenly one” (v. 16; cp. v. 10). Abraham and the other patriarchs “were strangers and exiles on the earth” (v. 13). The word for “strangers” (xenoi) refers to those who are different or foreign. “Exiles” (parepidēmoi) identifies “temporary residents” or “resident aliens”—in other words, expats. However, their expatriot character was due to being citizens of heaven. “Exiles” also occurs in 1 Peter 2:11 referring to all Christians as “sojourners and exiles” (the first word is the noun related to the verb paroikeō already identified in Heb 11:9). The double identification in both Hebrews and 1 Peter emphasizes the reality of Abraham’s and all Christians’ status as resident aliens.

We are first and foremost citizens of heaven (Eph 2:19; Phil 3:20) and ambassadors of Christ (2 Cor 5:20; Eph 6:20). All believers are expats, whether we live in the land of our birth or elsewhere. As such, we should be able to empathize with this world’s refugees and resident aliens and their plight. A lack of empathy might be due to a lack in truly understanding that this world is not our home.

All believers are expats, whether we live in the land of our birth or elsewhere.

Abraham believed that God would raise the dead, even if death resulted from obeying God (vv. 17–19)

“He considered that God was able even to raise him [Isaac] from the dead” (v. 19). “Considered” (logizomai) carries the concept of  “giving careful thought to a matter” or “utilizing a reasonable calculation.” In other words, Abraham did not reach this conclusion instantaneously or mystically—he carefully considered who God is and what He can do. That does not mean that he did not exercise faith, because verse 17 says that Abraham offered up his son Isaac “by faith.” Resurrection made sense to Abraham, because he believed in an almighty, gracious, and merciful God who insured that His people will be able to enter bodily into heaven. Verse 35 confirms the patriarchal belief in resurrection: “Women received back their dead by resurrection. Some were tortured, refusing to accept release, so that they might rise again to a better life.”

We and/or members of our family might die as resident aliens far from home, but we will be reunited at the resurrection and reside with Christ in heaven throughout the rest of eternity. Hebrews 12:22–24 states that

you have come to Mount Zion and to the city of the living God, the heavenly Jerusalem, and to innumerable angels in festal gathering, and to the assembly of the firstborn who are enrolled in heaven, and to God, the judge of all, and to the spirits of the righteous made perfect, and to Jesus, the mediator of a new covenant, and to the sprinkled blood that speaks a better word than the blood of Abel.

Indeed, the writer of Hebrews mentions the concept yet again in 13:14, “For here we have no lasting city, but we seek the city that is to come.”

As a Bible expat, Abraham’s example provides believers with instruction regarding our privileged position as citizens of heaven. Like him, we must live by faith. Like him, we must endure our nomadic existence and all the difficulties that might entail. No matter where we are, in our native land or out of it, we are truly resident aliens in this world. We are, after all, merely camping out on planet Earth. One day we will fold the desert tent of our physical bodies and go to our eternal home prepared for us by our Savior (John 14:1–3). Until then, may God find His expats faithful.