Am I a Banker or Pastor? 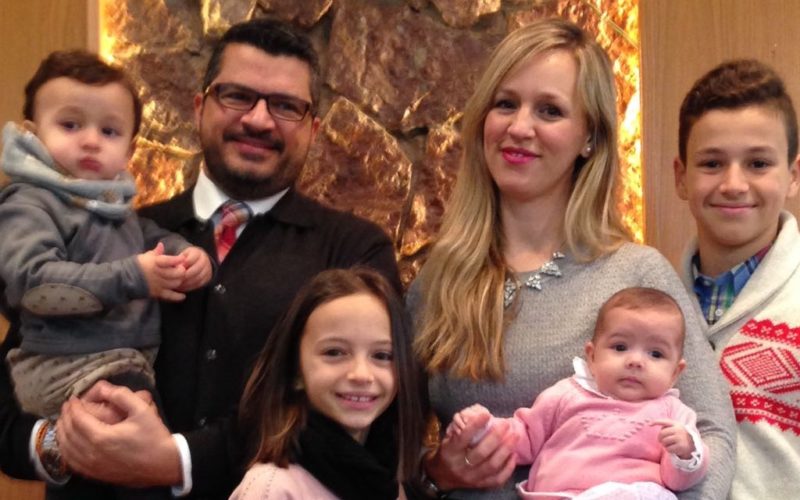 Sitting in a 2013 Bible conference, Daniel Corral faced a life-changing choice. Having been born into a pastor’s home, he had watched his father pour out his life in service to the church. He had grown up well aware of the commitment and sacrifice serving in ministry demanded. Once he reached adulthood, he had decided to enter the field of banking. He also began to serve in his local church as a layman. But as Dr. John MacArthur addressed the men at that 2013 conference, he repeatedly called them “pastors.”

Daniel says that repeated address by Dr. MacArthur stood out to him almost as much as the content of the sermon. He sat in the pew and wrestled with one question: “Am I a banker or a pastor?” He looks back on that sermon as a turning point in his life.

Upon returning home, Daniel prayed and sought the counsel of his father and elders, who affirmed his call to the ministry. He also consulted the men of Iglesia Evangelica de Leon (BEREA), The Master’s Academy International’s training center in León, Spain. Daniel’s respect for these men was immense. In his own words, these men “bleed the Bible.” Daniel also greatly desired to minister in the same way these men did; he shared their longing to train Spanish pastors to shepherd the church. The following summer, Daniel began seminary training at The Master’s Seminary, with the goal of returning home to join the men of Berea Seminary.

Daniel’s respect for these men was immense. In his own words, these men “bleed the Bible.”

Last summer, Daniel completed his master’s degree in theology. He and his growing family returned to serve his church in Madrid, Spain—a church that stands out as a bright light in a culture ravaged by secularism. He also returned to BEREA to serve alongside the leaders there, training the next generation of church leaders.

Daniel Corral is an example of the type of ministry TMAI is committed to across the world: equipping nationals to spread the gospel in their homelands, and to train other faithful men for the same task. As Daniel and the leaders of BEREA continue to serve the Lord in Spain, please keep them in your prayers.