Croatia: What Do Christians Put on Their Headstones? 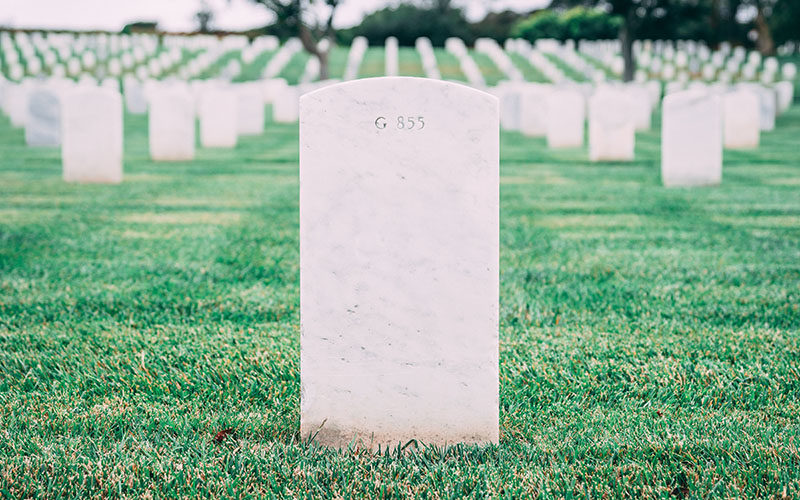 In the dimly lit room, mother and daughter wept quietly. Caressing the gaunt face and pale hands of a now-lifeless husband and father, they uttered hushed goodbyes and brushed his forehead with final kisses. Rosa hobbled to the wardrobe to retrieve her husband’s suit, returning to lay it at the foot of their marriage bed. Her daughter Lydia, wiping away tears, turned from her father’s form to look at the other man in the room—who suddenly felt as though he were intruding on the family’s grief.

“Pastor,” she asked, “would you please help me to clean and dress him before the undertaker arrives?”

“Of course, Lydia. Of course I will.”

The pastor was practically a stranger to the devoutly Catholic family. He had only been in contact with them for a few days, but—knowing that they were going through such a difficult time—he’d devoted hours to serving them, trying to comfort them from the Scriptures as they watched their husband and father succumb to cancer. So instead of their Catholic priest (who showed up only when it was time to prepare for the funeral—and collect his fee), it was the pastor who was present at the time of death, who helped clean and dress the lifeless form, and who guided Lydia and Rosa to the Word of God in their hour of grief.

Lydia approached the pastor with a question: “What kind of tradition do we Christians have with regard to what we put on our headstones—as opposed to Roman Catholics?

Though the pastor wasn’t aware of this at the time, the family couldn’t afford a proper funeral for the deceased. There was no money for a headstone, so the grave was marked only by the simple wooden cross that had led the burial procession. As years passed, the wood deteriorated and the cross fell apart, leaving the grave unmarked.

Since then, much has changed. The pastor is no longer a stranger; he’s now their pastor and true brother in Christ. Lydia and Rosa have both come to know Jesus Christ as Lord and Savior in recent years, and they’ve left the Roman Catholic Church. The family’s financial situation has also changed. Lydia is now employed and is paying off old debts—as well as giving regular offerings to the Lord. Just recently, for the first time since the funeral, Lydia and Rosa finally found themselves in a position to purchase a headstone.

With this new possibility in mind, Lydia approached the pastor with a question: “What kind of tradition do we Christians have with regard to what we put on our headstones—as opposed to Roman Catholics?” Charmed by Lydia’s earnest desire to honor the Lord in this decision, the pastor investigated. It turns out that evangelical Christians in Croatia (which make up less than one percent of the population) usually engrave the deceased’s name, date of birth, and date of death—along with a verse of Scripture. It’s the text of God’s Word that separates a Christian’s headstone from that of a Roman Catholic.

Lydia and Rosa chose to engrave the headstone with the text of Psalm 30:2-4:

O Lord my God, I cried to you for help, and you have healed me.

O Lord, you have brought up my soul from Sheol; you restored me to life from among those who go down to the pit.

Sing praises to the LORD, O you his saints, and give thanks to his holy name.

For the pastor (who also happens to be an instructor at the Theological Biblical Academy, TMAI’s training center in Croatia), Rosa and Lydia’s growth in grace and their sincere desire to honor the Lord is a tremendous encouragement. But their story is also emblematic of the question faced by first-generation believers all over Croatia. “How should we break from old traditions—and even establish new ones—for the glory of God?” To answer that question faithfully, people need to know what God has revealed about Himself in His Word. That’s what makes the Theological Biblical Academy’s work so vital: They’re training future pastors and church leaders to accurately handle the word of truth. That’s no mere academic exercise; it has practical implications for church members like Lydia and Rosa who want to honor and obey Christ in every aspect of life.

For those of you who support TMAI, thank you. You’re helping provide invaluable Bible training to first-generation believers—and future pastors—who were once steeped in Roman Catholic tradition, but who now want to think biblically about everything in life. Thank you for investing in these saints—and in the church in Croatia for generations to come.