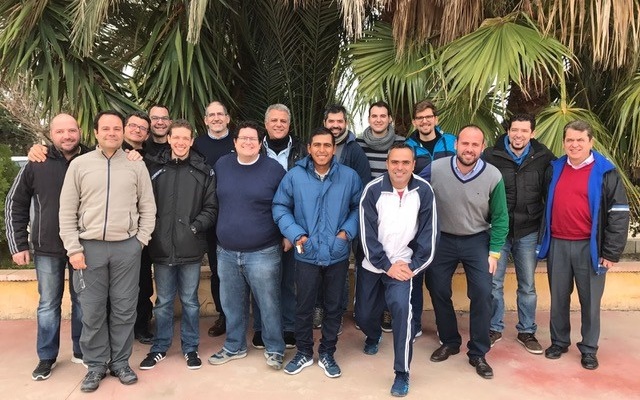 Berea Seminary, a TMAI member school in León, Spain, hosted a preaching conference in 2013. At some point during that conference, a man from the other side of the country approached the faculty to discuss a matter. He had been praying for God to use him since coming to faith in 1982, and it became apparent that God had been answering his prayers. He was a family man, a reputable business owner, and a pastor. He also helped to oversee five other churches in Murcia, a region in southeastern Spain.

But through this preaching conference, a new desire began welling up in his heart. He had witnessed powerful and clear expositions of God’s Word. He listened to the testimonies of students whose lives and ministries had been transformed by their studies. And he decided that this was what was needed in Murcia.

“I saw the need in our area for men to be trained to handle God’s Word,” he explains. “I also thought that this could be an answer to prayer, since there were pastors in our area who had already been considering further training.” So, he approached the Berea Seminary faculty about bringing TMAI pastoral training to Murcia.

His name is Adolfo Garrido, and as one professor puts it: “Adolfo is the reason we train pastors in southeastern Spain.” Not only is he a model student, currently in his final year of the program, but he is also an exceptional host! He single-handedly recruited 9 of the 15 men that would make up the first class. He put up his summer house, previously used for Christian camps, to host the training. He also carefully manages all of the logistical details, such as food, lodging for the men, and anything else Berea Seminary might need. All of this, of course, while keeping up his with own homework, running his business, and pastoring a church! God is using him mightily, indeed.

How does Adolfo keep up with his responsibilities, especially in the face of trial? His answer is simple: “My commitments with the local church and Berea Seminary do not depend on how I am feeling emotionally. These responsibilities rest upon my commitment to the Lord.”

Adolfo’s labor in bringing pastoral training to southeastern Spain is a story of human commitment under girded by the wonderful grace of God. It is also a reminder that there are gifted leaders and faithful pastors all over the world who would go to very great lengths to receive solid pastoral training. It is our prayer that you might consider partnering with TMAI to help train a pastor like one of these men. If the Lord has placed it in your hear to do so, you can do so today through our donation page here. May the Lord bless these gifts for His kingdom!