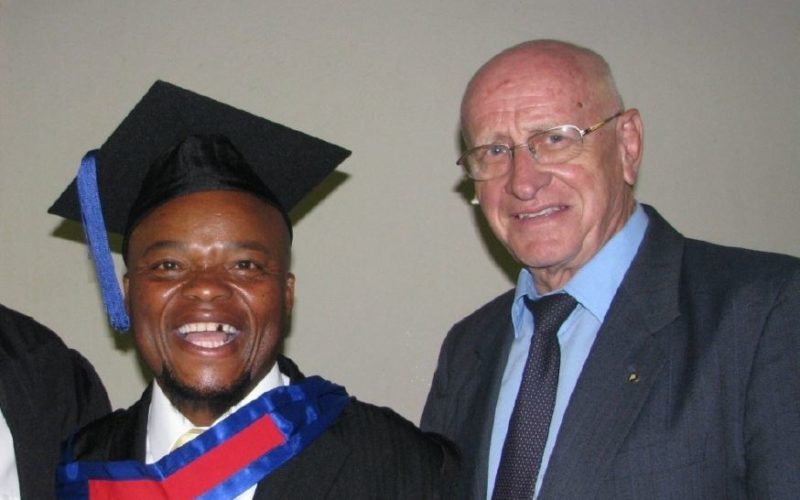 What came about during the Apartheid Government of South Africa was one of the most painful and regrettable times in the nation’s history. The government separated people by color, and only white people could vote in national elections. Although the all-white government claimed to be Christian, their ideals and practice were not only against all people of color, they were against God. For Martin Seliane, a young but influential black headmaster of a Township high school, the time of Apartheid was a time of activism and anger. Martin’s opposition to the danger and difficulty facing him and his people brought out the violence and anger in his own heart, leaving him infamous not only to his own people, but also to men like the national security officers in South Africa who sought to stop and kill the activists.

After the dissolution of the Apartheid government, Martin saw The Jesus Film, and during that event, he met the Lord of Glory. Jesus Christ transformed his life. As Martin began to grow in sanctification, he developed a desire to be trained for pastoral ministry and was led to Christ Seminary, The Master’s Academy International’s member school in South Africa. Though Martin, who had been in an Assemblies of God church, was skeptical of what he called the “white Baptist” seminary, he began training in 2006, a reality that would not have been possible to him a little more than a decade prior. The Lord continued to use the boldness and skills of Martin’s past life, as a teacher, activist, and insurrectionist, for a new purpose—proclaiming gospel truth. And the effects are being seen not only in his teaching, but also in his life.

During his third year of training, Martin read in the newspaper about a national security officer who had once opposed him. But this national security officer, Adriaan Vlok, had also come to faith in Christ, repented of his own murderous past, and began washing the feet (literally) of those he formerly persecuted. Astounded by this amazing news story, Martin invited Adriaan to attend—and even speak at—his church. The offer was accepted, and these two men who formerly longed to see each other killed, began a friendship and ministry partnership together. Adriaan even attended Martin’s graduation from Christ Seminary.

But, when one meets both of these men, they will quickly find that there is only one topic of conversation that is of interest: Jesus Christ!

David Beakley, the dean of Christ seminary, described the event. “Needless to say, when Adriaan was in the audience, many heads were turning, and probably there was no shortage of sweat! But, when one meets both of these men, they will quickly find that there is only one topic of conversation that is of interest: Jesus Christ!” When they preach together, Martin eagerly proclaims, “In the 2nd chapter of the Book of Ephesians, Paul proclaims that the Gospel breaks down the wall of division between Jew and Gentile. Those who were enemies are now brothers and sisters in the same family. Those are the words in a book (the Bible). This (pointing to Adriaan and himself) is what it looks like!”

Martin and Adriaan are a portrait of the gospel, lives once determined to see the other killed, but now completely transformed by the grace of Christ—it is the type of reconciliation that’s only possible when we are first reconciled to Christ. Martin is also an example of the type of impact you can have by supporting TMAI. When you reach one student with the truth of God’s word, you minister to them as they minister to their families, communities, and even former enemies. Thank you for your prayers and support for Christ Seminary, as well as the 16 other member schools of The Master’s Academy International.