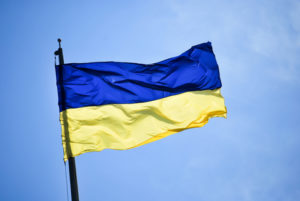 This year God has blessed Irpin Biblical Seminary, a TMAI member school in Ukraine, with four hundred students. Many of these students travel long distances, some even through dangerous conflict zones. A third of the students come from the war-torn regions of eastern Ukraine, where the fighting has led to 10,000 dead, 23,000 wounded, and 1.7 million displaced. It is hard to imagine the trials that many of these students face, let alone the additional burdens that some carry as pastors.

Though it may not be reported on the news as much, the conflict in eastern Ukraine remains a great concern. Severe poverty and homelessness continue to impact thousands of families. A recent report estimates that 200,000 children live along the “contact line,” where the fighting is most intense. The songs of birds have been replaced by sounds of artillery shells, and families struggle to have their basic needs met. Crisis and tragedy have become, for many, the norm.

When things got bad, there was much destruction and everyone knew of people who went missing. But God was at work even in such a time. Especially in such a time…

In a world of conflict and confusion, the local church must bring compassion and clarity. One woman, a TMAI contact from the region, shared with us a story that illustrates this point: “When things got bad, there was much destruction and everyone knew of people who went missing. But God was at work even in such a time. Especially in such a time. Many people from the community came to our church to escape the shooting. They stayed in the basement for a long time, and church members would feed them and talk to them about the gospel. This is what I know: in this hard time people were turning to God for help.”

Gospel witness in any region is only as strong as the local churches, and gospel light shines only as brightly as it is manifested in the lives of local believers. Christian ministry and evangelistic testimony suffer in any region where there is no church, but they thrive wherever sound churches can be found. The fulfillment of the Great Commission depends on the local church, for it is the only institution that our Lord Jesus Christ promised to build, and it is the only institution that will survive the eschaton.

One of TMAI’s key distinctives is a commitment to the centrality of the local church. We aim to support and strengthen churches around the world by providing accessible pastoral training for faithful men in church leadership. It is our conviction that the gospel is the only true remedy for all of the trials that this world may bring, so when men of God are equipped to shepherd their people and establish them in the truth of God’s Word, believers are able to triumph in the midst of catastrophe and trials, overcoming this world by faith.

Because of the generosity of TMAI donors, these 400 students at Irpin Biblical Seminary receive the help that they need in order to receive sound pastoral and biblical training, help that includes study materials, books at a reduced price, and travel costs to and from the seminary. A generation of pastors are being equipped in Ukraine, including some from its most desperate regions, so that they may provide a lifetime of gospel ministry to those who need it most, and so that the churches in these regions may be bright lights for Christ. May God bless the investment into these students for years to come.

Post Category
Ukraine
< Prev Post No Smoke, No Mirrors, No Rock Bands…They Came to Hear Preaching!
Malawi: Assaulted with Machetes but Undeterred from the Mission > Next Post