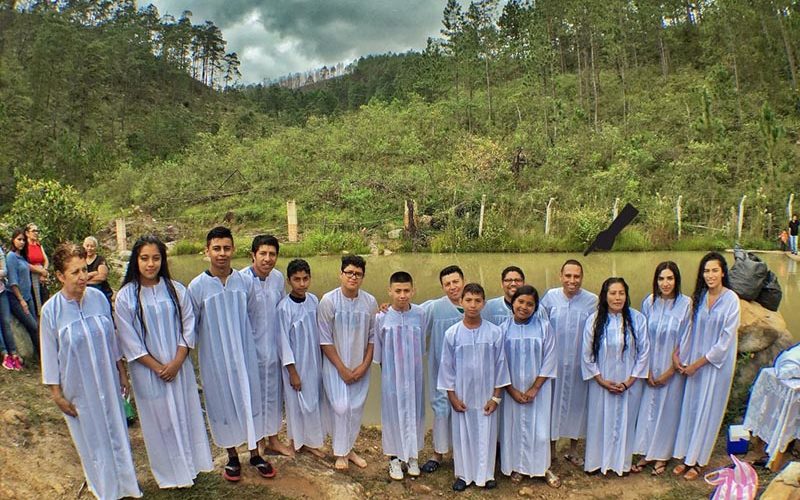 In November of 2017, Hondurans went to the polls in the most contested election in the nation’s history. In the days and weeks to follow, both candidates declared victory. This has led to a sustained period of political upheaval in the country, as well as a time of great division in the Central-American nation.

In times like these, it can be easy for such division to spill over into the local church. If believers become distracted by politics, they can easily forget to proclaim the true path to unity: the message of the Gospel. These are times when it is vital for the men of God who lead the church to shepherd their flocks well and to help them see how they can be united to Christ—and united to one another in Christ. Thankfully, there are such faithful men serving the church in Honduras.

Julio Pacheco, a graduate of Ministerios Evangélicos de Las Americas (MEDA), The Master’s Academy International’s member school in Honduras, pastors Iglesia Bautista Comunión, one of the largest Baptist churches in the capital city of Tegucigalpa. His church continues to teach God’s Word and proclaim the truth of the gospel, even in the midst of trying times. And the Lord is working. Julio recently had the privilege of baptizing fifteen new members into his church—fifteen souls who expressed outwardly their inward unity with Christ and His church.

Julio also serves the current students of MEDA by regularly teaching a two-week module on Spanish Grammar and Text Observation, along with leading the Bible Institute for the Theological and Pastoral Formation in partnership with another graduate from MEDA.

“I believe that such a picture captures the heart of what MEDA is all about. Not only do we want to see people saved through sharing the true gospel, but we want to complete the Great Commission…”

Robb Kensinger, who serves alongside Julio at MEDA, wrote of the recent baptisms at Julio’s church, “I believe that such a picture captures the heart of what MEDA is all about. Not only do we want to see people saved through sharing the true gospel, but we want to complete the Great Commission by ‘[making] disciples of all the nations, baptizing them in the name of the Father and the Son and the Holy Spirit, [and] teaching them to observe all that [Jesus] commanded [us],” knowing that “[He is] with [us] always, even to the end of the age.”

Join us in praising the Lord for the work He is doing through Julio Pacheco, the staff and students of MEDA, as well as the other TMAI training centers around the globe. Remember too, as we continue our mid-year campaign that your gift of $205 can support the training of a single student–like Julio and his students at MEDA. Please prayerfully consider supporting The Master’s Academy International and its efforts to equip church leaders with the only truth that can bring unity to a divided world. To offer your support, click here.