Installing Cable for the Great Commission 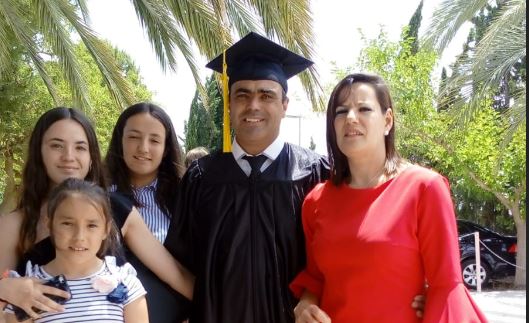 Miguel, the youngest of six children, was taught early in life about the value of hard work. In his farming family, hard work was always seen as the way to provide for one’s needs. Unfortunately, like many in the southeastern region of Spain, Miguel was also raised in the Roman Catholic church, where keeping the sacraments—religious work—was vital to receiving God’s provision for one’s spiritual needs. Thankfully, in God’s good providence, that would radically change in Miguel’s life.

The Lord saved Miguel’s mother, who began hosting Bible studies in the family home. Though Miguel rebelled against the truth his mother was telling at first, the Lord began planting seeds in his life. Miguel left home to work and earn his way in life, but he could not flee the Lord’s truth. One night, while reading 1 Samuel 24, Miguel became convicted of his sins. In the privacy of his bedroom, Miguel cried out to God for mercy. The Lord answered Miguel’s cry, saved him, and changed the direction of his life.

One night, while reading 1 Samuel 24, Miguel became convicted of his sins. In the privacy of his bedroom, Miguel cried out to God for mercy. The Lord answered Miguel’s cry, saved him, and changed the direction of his life.

Miguel now pastors a church that began as a Bible study in his mother’s home. It’s a small group—about 30 saints—and the only evangelical church in his hometown of Bullas, Spain. He continues to work hard, installing cable each day to care for his wife and three daughters, as well as to fund bi-vocational ministry. Miguel also puts in steadfast work in his preparation. Though he left school at a young age to work and earn money, Miguel now works diligently at Berea Bible Seminary, which is The Master’s Academy International’s member school in Spain. He began with an expository preaching course, where he demonstrated diligence and faithfulness.

According to Daniel Corral, who teaches at Berea’s extension campus in Murcia (the region where Miguel lives), “The last year of Expository Preaching two-year course, Miguel was working as the cable guy at Alicante. He had to drive 90 minutes each way, every day. But that did not diminish the quality of his homework. At the beginning, it was like drinking from a fire hose, but the Lord has been faithful, and Miguel was able to finish strong. It was a delight to hear him preach in the preaching laboratory, and witness how he got every critique and comment and added it to handle the Word of God accurately.”

Recently, Miguel was able to transfer his job to Bullas (his hometown), eliminating his commute and allowing him to take further classes at Berea. Upon hearing news of his transfer, his wife Maria said, “You need to apply to the Bible and Theology course—now. Call the seminary, now!”

Daniel points out, “Miguel and Maria José are an example of how the Word of God works in the husband to bless his marriage, to bless his family, and to bless Christ’s church through an accurate handling of His Word.”

Your prayers and support help to undergird the work of men like Miguel, providing the opportunity for them to receive training that they are directly applying to their service in the local church. Pray for Miguel and his family, the small church in Bullas, and the faculty and staff of Berea. May the Lord be glorified in the faithful work of His servants!