The Word of God Echoes Across Spain 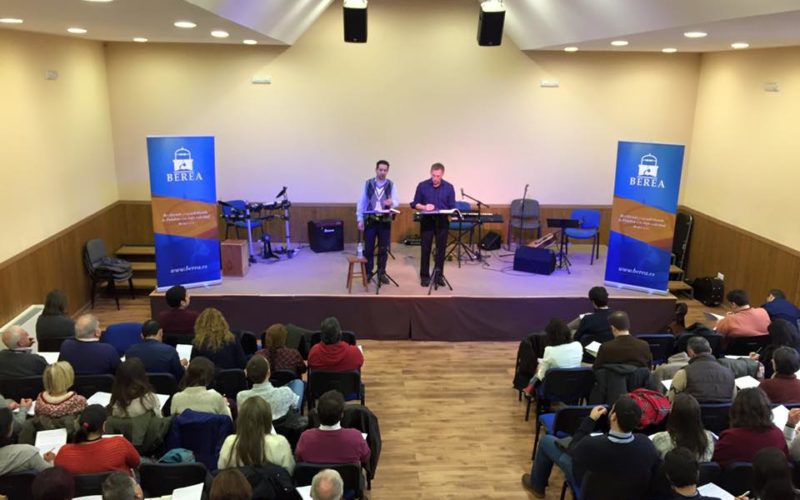 Berea Seminary in León longs to see the Word of God echo across Spain. Martin Luther once wrote, “The soul can do without all things except the Word of God, and that where this is not there is no help for the soul in anything else whatever.” The same conviction grips our TMAI faculty in Spain. For this reason, they have been busy preaching and teaching God’s Word all over the country on top of their training ministries.

In March, one of the professors traveled six hours south of León to teach a marriage conference in La Carolina. In April the same professor traveled all the way to the northeast corner of Spain to preach in Barcelona. Also in April, Berea Seminary hosted a conference titled, “The Greatness of God in the Psalms,” where people from across the country came and marveled at the grandeur of our Creator and King. In May, Berea hosted a special conference in Murcia (Southeast Spain), where they may establish an extension campus for the seminary.

The soul can do without all things except the Word of God.

If you could trace on a map these conferences, preaching engagements, and seminars, they would cover virtually every corner of Spain. In a country where there is a very small percentage of believers, it is especially critical to expose them to rich, expository preaching; and as some of the faithful men hear God’s Word preached, they will come to Berea to be trained in expository preaching themselves, and then they will take back to their region the most precious treasure available to man.

If the soul has the Word of God, writes Martin Luther, “it is rich and lacks nothing, since this Word is the Word of life, of truth, of light, of peace, of righteousness, of salvation, of joy, of liberty, of wisdom, of power, of grace, of glory, and of every blessing beyond our power to estimate.” There can be no greater effort than laboring to ensure that God’s Word is made known amongst the peoples.

Post Category
Spain
< Prev Post Berlin: EBTC Flourishes in the Life and Landscape of the Local Church
Beloved Saints in Italy Grateful for TMAI > Next Post