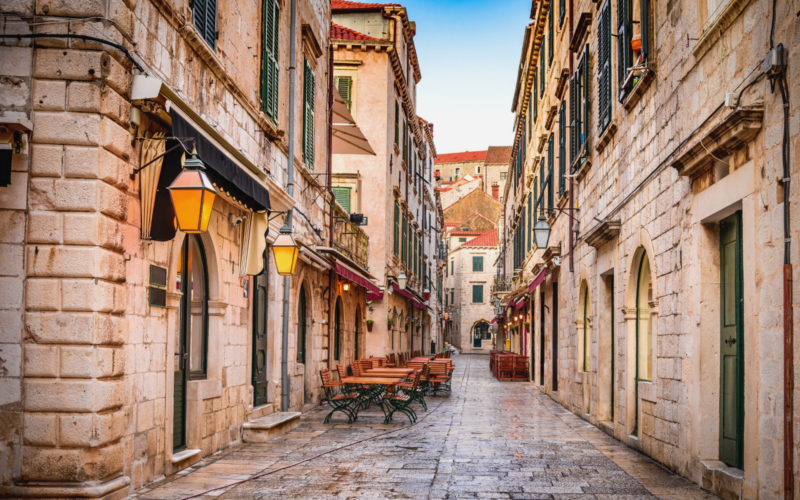 What sets The Master’s Academy International apart? We think there are at least  six elements  that make this ministry model distinct. This time,  we’re talking about distinctive #3:  full-time presence—our commitment to theological education and life-on-life discipleship in the context of the local church.

“It’s the most exciting part of our ministry.”

That’s Todd, who’s served as a professor at the Theological Biblical Academy (TMAI’s training center in Croatia) for the last twenty-two years. As much as Todd loves the time in the classroom with his students, the most exciting part of his ministry occurs outside the academy—in the rubber-meets-road arena of the lives of TBA’s students and graduates as they minister in their local churches.

In addition to teaching classes at TBA and in a local church in Mackovac, Todd travels all over Croatia, Bosnia, Slovenia (and sometimes even Serbia) to visit, encourage, and mentor the school’s graduates. Most of these graduates—like many believers in Croatia—are first-generation converts from Roman Catholicism, which “involves a lot of theological baggage,” Todd says. Furthermore, most of these men didn’t grow up seeing examples of godly fathers, husbands, or pastoral care. They’re getting good theological training from TBA, but moving from intellectual knowledge to convictional living is a tremendously difficult feat—and one that’s utterly indispensable for the life and health of the church. Nationalistic pride and ethnic animosities dissolve as members of enemy groups come to prize their identity as brothers in Christ.

As Todd disciples TBA’s students and graduates, both in his local church and in his itinerant ministry, he’s had a front-row seat to their growth in the grace and knowledge of the Lord Jesus Christ. He’s witnessed nationalistic pride and ethnic animosities dissolve as members of enemy groups come to prize their identity as brothers in Christ. He’s seen men strive to live as godly husbands, fathers, and leaders, becoming models of faithfulness for future generations of believers in the process. And he’s learned how vital it is to encourage these men to keep going—how essential that kind of discipleship is to the Great Commission.

Please pray for TBA’s students and graduates, as well as Todd and the other faculty members who’ve devoted their lives—including their presence—to building up the church in Croatia. In many ways, this current generation of church leaders is forging a path that’s going to have profound ramifications for the future of the Croatian church. It’s a critical time, and they need your prayers—especially as the coronavirus pandemic has temporarily interrupted many of the normal means of encouragement and life-on-life discipleship. Join us also in giving thanks for the many believers in Croatia who desire to grow in their understanding of God’s Word—not just intellectually, but in order to submit every aspect of their lives to the glorious authority of Christ. Throughout Croatia, lives are being transformed by grace for eternity.

“I’ve never seen anything like it.” Todd can’t help repeating, “It’s the most exciting thing.”