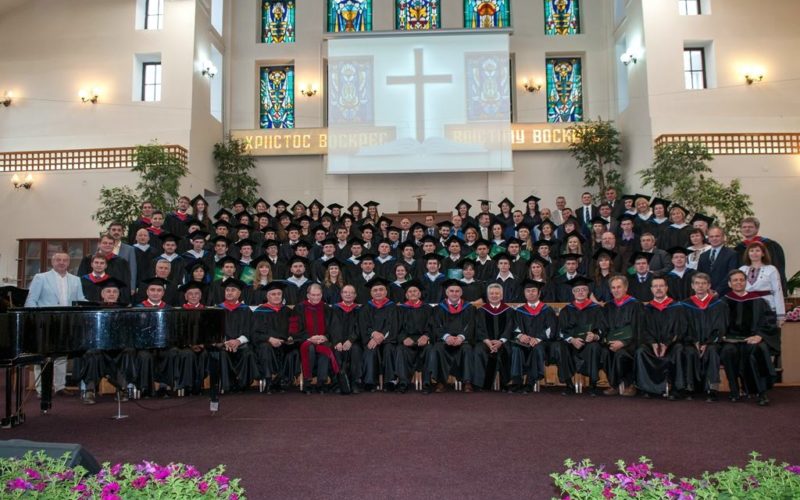 The story of Irpin Biblical Seminary is quite remarkable. After communism fell in 1990, believers for the first time in seven decades experienced a measure of religious freedom. Soon thereafter, the leadership at Irpin Biblical Seminary reached out to The Master’s Seminary for help in training church leaders in the region. In 1991–2 missionaries were sent out to establish what would become the first TMAI training center, and a global movement of pastoral training was born. 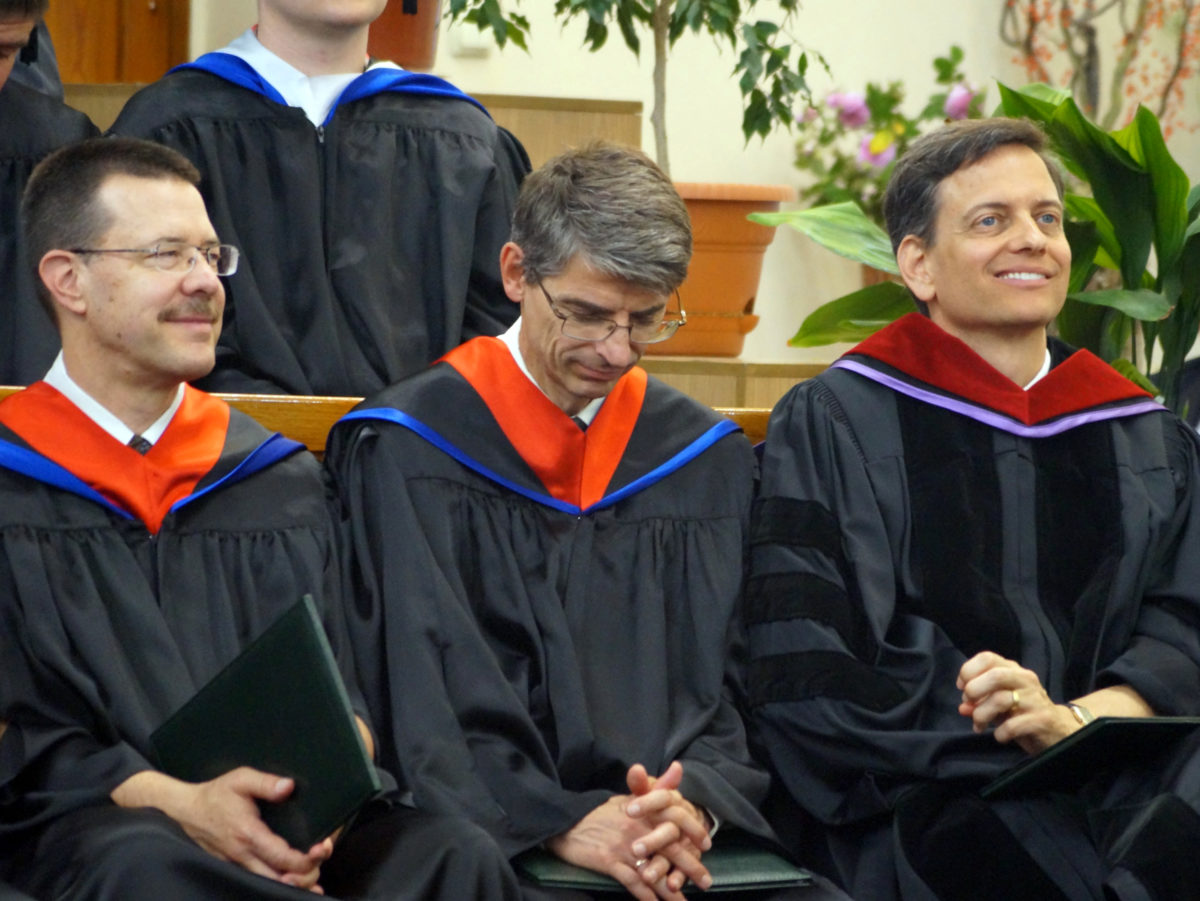 Today, one event in particular has captured our hearts. These same missionaries were awarded honorary Doctor of Divinity degrees by the very institution they came to serve over twenty years ago.

The historical significance of such an act should not be missed. There are still pastors in Ukraine who remember the oppression of communism in earlier decades. Bruce, one of the three missionaries honored, recalls a conversation he had with a regional pastor named Kiril. “He was telling me what it was like to live through the communist persecution and how he lost his job as a medical doctor because he became a Christian. He relied on other believers to provide food for him. At the time of his conversion, he did not know of one person who had a Bible; and it took him eleven years after his conversion before he could find one.” 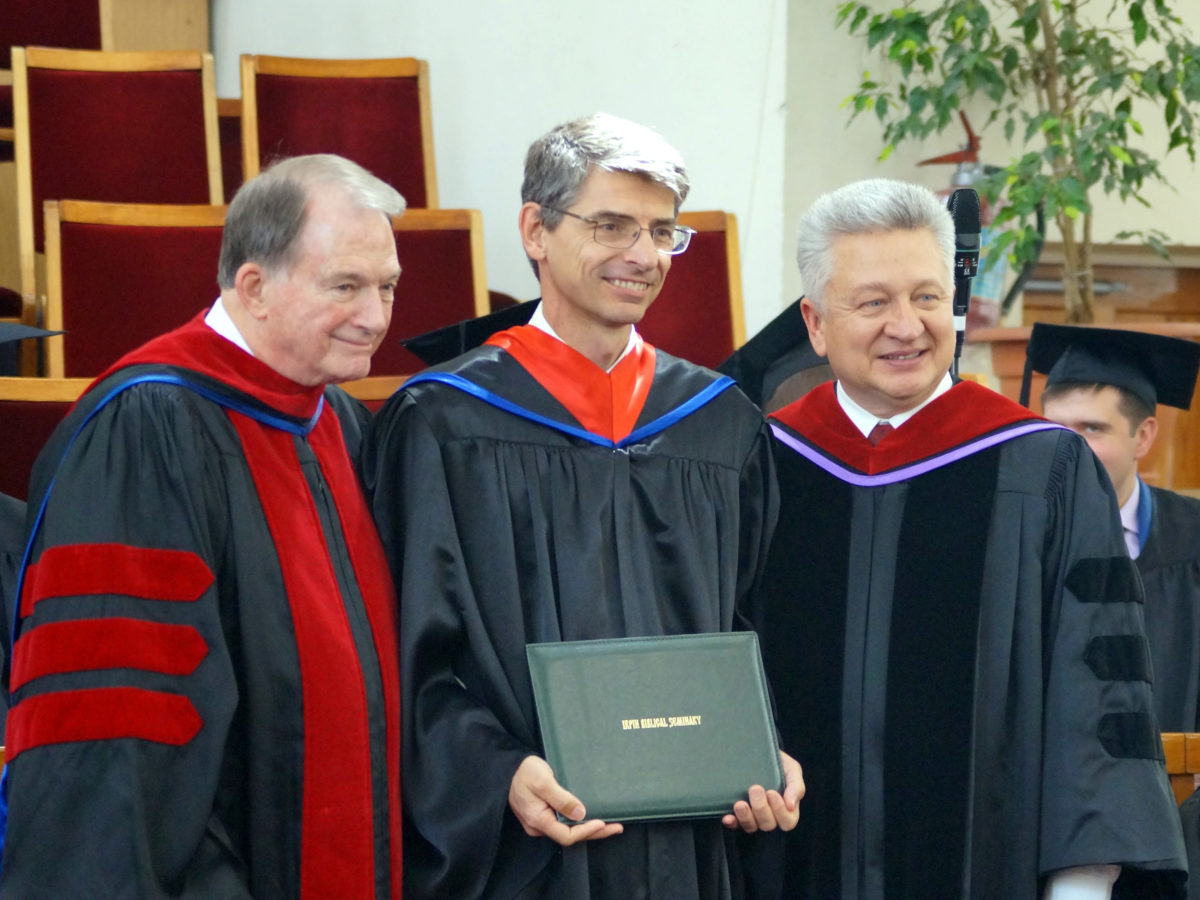 What a difference today! No longer is the Bible contraband; it is now openly taught. No longer are Christians oppressed; today they are free to honor western missionaries! Moreover, many precious believers in Ukraine are pursuing theological education and pastoral training. In fact, Irpin broke its former records last fall, enrolling over four hundred students for theological education.

All of this is a reminder that God is sovereign. He’s taken a region that once knew persecution and has opened up doors for pastoral training. We’re grateful for the labors of these missionaries and their families, we’re thankful for the kind reception given to them by the Ukrainian believers, and we praise God for allowing it all to happen. Even the hearts of kings are in His hands. Politics may shift, countries may rise and fall, but the Word of the Lord stands forever.