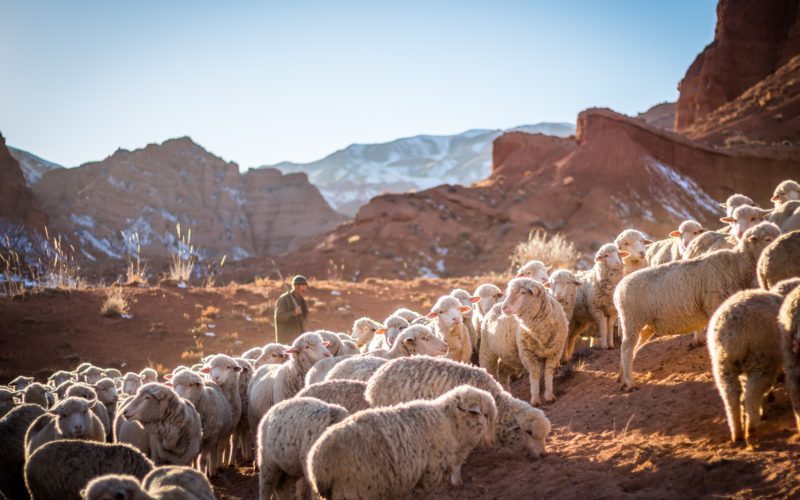 The New Testament often depicts spiritual leaders as shepherds of God’s flock. It is an appropriate image, because a shepherd leads, feeds, comforts, corrects, and protects the sheep under his care. Those same responsibilities belong to every church leader. In fact, the word pastor means shepherd.

In biblical times, shepherds were without status. They occupied the lower rungs of the social ladder. For spiritual shepherds, that fact serves as a fitting reminder. Pastoral ministry is not intended to be prestigious or self-exalting. As our Lord explained, “Whoever would be first among you must be slave of all” (Mark 10:44).

By God’s design, leadership in the church is a position of humility and selflessness. Church oversight is ministry, not management. Those whom God designates as spiritual shepherds are called not to be governing monarchs or slick celebrities, but humble slaves. In submission to Christ, they must exemplify sacrifice, devotion, submission, and lowliness.

By God’s design, leadership in the church is a position of humility and selflessness. Church oversight is ministry, not management.

The apostles wholeheartedly embraced that perspective, often referring to themselves as slaves in the Master’s work. Even Christ Himself took on the form of a slave (Phil. 2:7), when He came to give His life as a ransom for many (Mark 10:45). We are called to imitate His supreme example of humility and love.

In 2 Timothy 2, Paul uses seven different metaphors to describe the rigors of leadership. He pictures the minister as a teacher, a soldier, an athlete, a farmer, a workman, a vessel, and a slave. Those images evoke ideas of self-sacrifice, labor, and hardship. They speak eloquently of the complex and varied responsibilities of spiritual leadership, but not one of them makes it out to be glamorous.

After all, genuine ministry is hard work. It demands initiative, diligence, patience and perseverance. Moreover, it requires the humble perspective of a servant. That is what it means to be a shepherd. Yet the task is more than worth the effort. For one day, when the Chief Shepherd appears, every faithful shepherd will be bountifully rewarded for the service he has rendered.

This post originally appeared on the blog of The Master’s Seminary.