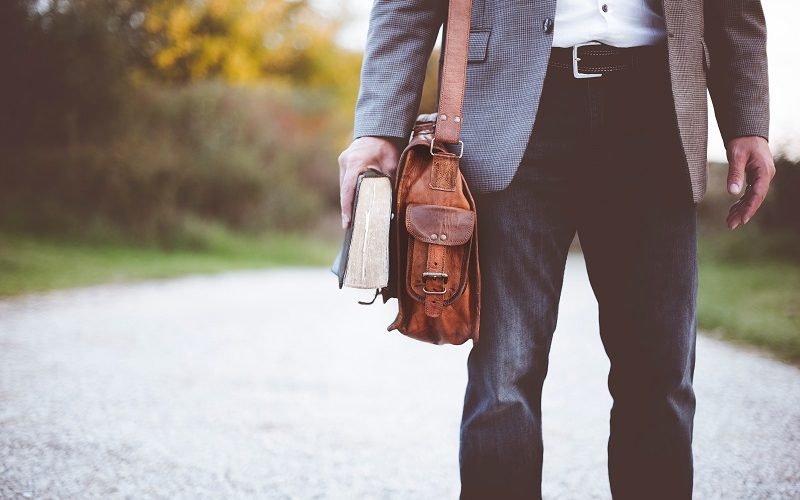 Motivation 2: Preach the Word
Because of the Devotion of the Saints (2 Timothy 3:10–14)

The faithful preacher is also motivated by his love and appreciation for those believers who have gone before him. Like a great cloud of witnesses, the examples of steadfast spiritual leaders from generations past spur the biblical expositor on toward greater commitment and ministry effectiveness.

In Paul’s case, he reminded Timothy of his own example, and urged him to follow suit. Thus, he says in 3:10–11, “Now you followed my teaching, conduct, purpose, faith, patience, love, perseverance, persecutions, sufferings. Such as happened to me at Antioch, at Iconium, and at Lystra; what persecutions I endured and out of them all the Lord rescued me!”

The gospel Paul taught, Timothy was to continue preaching. The conduct, confidence, and Christ-likeness that marked the apostle’s ministry was likewise to characterize his son in the faith. Even the suffering that Paul endured, Timothy was to embrace as well. The young pastor was to stay the course, and follow in the same path as his mentor.

The integrity of Paul’s ministry had been obvious to Timothy. In their travels together, Timothy had witnessed the consistency between Paul’s public teaching and his private practice. The testimony of the apostle’s life was one of unwavering conviction—a fact that Timothy knew firsthand. Thus, Paul is able to commend himself to Timothy, and encourage him not only to preach faithfully, but also to follow the same God-centered purpose: to passionately pursue faithfulness in his own life.

Throughout his missionary journeys, Paul had suffered greatly for the sake of the gospel. Even as he wrote this letter, he was suffering for Christ. Timothy surely felt the weight of Paul’s words, when the apostle added, “Indeed, all who desire to live godly in Christ Jesus will be persecuted” (v. 12). Yet, Paul is clear, such tribulation is no reason to shy away from following the way of faithfulness.

The world will continue to grow darker; and “evil men will proceed from bad to worse, deceiving and being deceived” (v. 13). Nonetheless, Timothy must not capitulate or be deceived. His task was not easy, but it was simple: to stay true to the Word of God and preach it carefully and consistently. Thus Paul challenges Timothy with these words, “You, however, continue in the things you have learned and become convinced of, knowing from whom you have learned them” (v. 14).

In exhorting Timothy to hold fast and endure, Paul calls on his disciple to remember his own example. Timothy did not need a new strategy. He simply needed to follow the pattern of faithfulness he had observed in the man of God who had gone before him.

The right approach is not to reinvent the paradigm; but rather to follow in the well-worn paths of those who have come before.

Paul understood that uniqueness and novelty in ministry is deadly. The right approach is not to reinvent the paradigm; but rather to follow in the well-worn paths of those who have come before. The faithful preacher appreciates his spiritual heritage—recognizing that he is linked to a long line of godly men from whom there can be no separation. Moreover, he understands that it is his responsibility, as part of the current generation of church history, to guard the truth that has been entrusted to him. Then, one day, he will pass it on to the those who come after him.

That this was Paul’s expectation is clear from his instruction in 2:2: “The things which you have heard from me in the presence of many witnesses, entrust these to faithful men who will be able to teach others also.” The four ministerial generations described in that verse include Paul, Timothy, faithful men, and others also. From generation to generation, the truth was to be safeguarded by each generation and then passed on without innovation or deviation.

It is the brash folly of young men today that tempts them to disregard the wisdom of previous generations, and instead to glory in their own cleverness or originality. Those who scorn the faithful examples of saints now in heaven, and instead prize their own self-styled, inventive approaches to ministry, do so to their own peril.

But, as evidenced by Paul’s instruction to Timothy, the faithful preacher is motivated by the heritage left by prior generations of church history. And like the spiritual giants of past centuries, he is committed to the same ministry mandate as they were. It is a privilege to stand on their shoulders. But it is also a responsibility to carry on their legacy. Therefore, through both his life and his lips, he must preach the Word.