Preaching in the Face of Danger 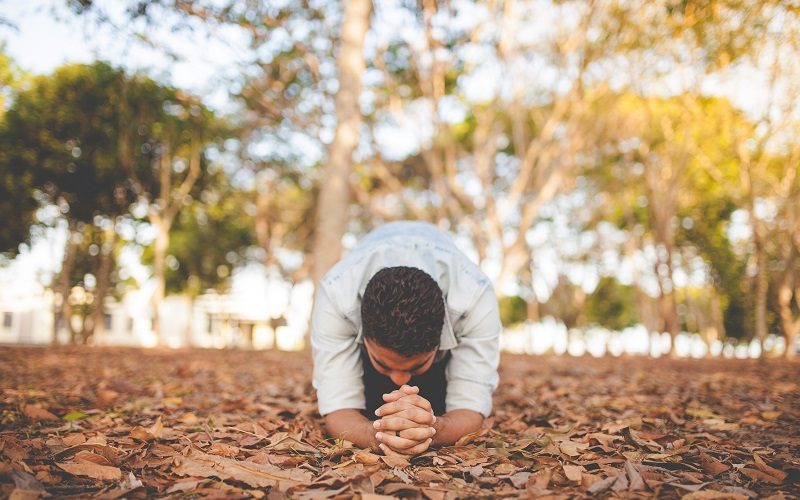 In the verses surrounding 2 Timothy 4:2, Paul provided his protégé with much-needed motivation to stand firm and persevere to the end. For Timothy, the command was clear: preach the Word; and the calling was deadly serious: souls were at stake.

In order to equip him for the task, Paul gave Timothy five compelling reasons to persevere in ministry faithfulness. These motivations, found in 2 Timothy 3:1–4:4, are as applicable today as they were when the apostle wrote them nearly two millennia ago.

In today’s post, we will consider the first of these motivations.

Motivation 1: Preach the Word
Because of the Danger of the Seasons (2 Timothy 3:1–9)

In 2 Timothy 3:1, Paul warned Timothy “that in the last days difficult times will come.” Used here, the phrase “the last days” refers not merely to the end of the church age, but to the entirety of it, from the Day of Pentecost to the Parousia. Paul’s point is that, until the Lord comes back, the church will continually experience difficult times. As commentator William Hendricksen explains, “In every period of history, there will be a season during which men refuse to listen to sound doctrine. As history continues onward toward the consummation, this situation grows worse” (Exposition of the Pastoral Epistles, 311).

The phrase “difficult times” does not refer to specific points of chronological time, but rather to seasons or epochs of time. And the term “difficult” carries with it the meaning of being “savage” or “perilous.” Paul is expressing the reality that, throughout the church age, there will be seasons of time in which believers are savagely threatened.

With his execution imminent, the apostle certainly knew a great deal about the difficulty that Christians might face. He also understood that Timothy was facing persecution and hostility; and that his young apprentice would be tempted by sins of cowardice and compromise. But that was exactly why Timothy needed to preach the Word. The looming threat made his ministry mandate all the more necessary and urgent.

In 2 Timothy 3:13, Paul wrote, “Evil men during these dangerous epochs will proceed from bad to worse.” Such men are “lovers of self, lovers of money, boastful, arrogant, revilers, disobedient to parents, ungrateful, unholy, unloving, irreconcilable, malicious gossips, without self-control, brutal, haters of good, treacherous, reckless, conceited, lovers of pleasure rather than lovers of God” (3:2–4). They are externally religious, “holding to a form of godliness, although they have denied its power,” as they “enter into households and captivate weak women weighed down with sins, led on by various impulses, always learning and never able to come to the knowledge of the truth” (vv. 5–7). Being of a depraved mind, they are filled with sin, error, and destruction. They oppose sound doctrine and reject the faith.

Significantly, based on Paul’s description, it is clear that the greatest threat to the church comes not from hostile forces without, but from false teachers within. Like spiritual terrorists, they sneak into the church and leave a path of destruction in their wake. They are wolves in sheep’s clothing (Matt. 7:15); and it is their treachery that makes the difficult times of the last days so perilous.

The church has been threatened by savage wolves and spiritual swindlers from its earliest days (cf. Acts 20:29). Satan, the father of lies (John 8:44), has always sought to undermine the truth with his deadly errors (1 Tim. 4:1; cf. 2 Cor. 11:4). It is not surprising, then, that church history has often been marked by difficult times—seasons in which falsehood and deception have waged war against the pure gospel. Consider, for example, the havoc created by the following errors:

One of the earliest deceptions to infiltrate the church on a massive scale was sacramentalism—the idea that an individual can connect with God through ritualism or religious ceremony. As sacramentalism gained widespread acceptance, the Roman Catholic Church supposed itself to be a surrogate savior, and people became connected to a system, but not to Christ.

Religious ritual became the enemy of the true gospel, standing in opposition to genuine grace and undermining the authority of God and His Word. Many were deluded by the sacramental system. It was a grave danger that developed throughout the middle ages, holding Europe in a spiritual chokehold for nearly a millennium.

Though sacramentalism was exposed, by God’s grace, during the Reformation, it still represents a lingering threat. Even today, it continues to thrive in the apostate systems of Roman Catholicism and Eastern Orthodoxy, destroying those who are doctrinally ignorant.

Not long after the Reformation, a second major wave of error crashed upon the life of the church: rationalism. As European society emerged from the Dark Ages, the resulting Age of Enlightenment emphasized human reason and scientific empiricism, while simultaneously discounting the spiritual and supernatural. Philosophers no longer looked to God as the explanation for the world; but rather sought to account for everything in rational, naturalistic, and Deistic terms.

As men began to place themselves above God and their own reason over Scripture, it was not long until rationalism gained access into the church. Higher critical theory—which denied the inspiration and inerrancy of the Bible—infiltrated Protestantism through seminaries in both Europe and America. So-called Christian scholars began to question the most fundamental tenets of the faith, as they popularized quests for the “historical Jesus” and denied Mosaic authorship of the Pentateuch.

The legacy of that rationalism, in the form of theological liberalism and continual attacks on biblical inerrancy, is yet alive and well. As such, it represents a continued threat to the truth.

A third historic threat to the church might be labeled orthodoxism. With this movement came the desire to return to orthodox Christianity. But the primary means used to accomplish this goal was the imposition of external standards. The end result was not true Christianity, but a cold formalism and superficial moralism. This kind of dead orthodoxy was prevalent, for example, in early eighteenth-century England, where the church had become a spiritual desert. Even in Puritan New England at that time, the spiritual climate was characterized by apathy and hypocrisy.

Though the truth was accessible, genuine belief was severely lacking. True conviction had been exchanged for a lifeless indifference to the Word of God; true conversion for a shallow pretense of spirituality. It was in the midst of this spiritual deadness, that the Spirit of God sparked a revival—both in England and in colonial America—through the ministries of George Whitefield, Jonathan Edwards, and John and Charles Wesley. Yet, dead orthodoxy still persists in the church today. Twenty-first century congregations are filled with cultural Christians—professing believers who look good on the outside, but internally do not truly know God.

Throughout the nineteenth and twentieth centuries, especially in America, the church grew increasingly fascinated with government and political power. Many Christians became convinced that the best way to influence the world was through civil action and social activism—whether the issue was prohibition or, more recently, prayer in public schools. Over the last 150 years, and especially in recent decades, millions of man hours and billions of dollars have been spent attempting to legislate morality. Yet, the results have been less than encouraging, as American society grows continually worse.

In its preoccupation with politics, the church has neglected the fact that its primary purpose on earth is not political but redemptive. The Great Commission is a call to make disciples, not to change the government. If society is to be truly changed, it must be through the transformation of individual sinners. But that kind of heart renewal cannot be legislated; it is only possible through the preaching of the gospel by the power of the Spirit.

Sadly, the church’s desire for political influence opened the door to rank ecumenism. In their quest to moralize America, some evangelicals began to view other religious groups (like Roman Catholics and Mormons) as political allies, rather than the mission field. The assumption was that by partnering with such groups, the church could increase its influence in society. But nothing could be further from the truth; when the gospel is compromised, any real influence is lost (cf. 2 Cor. 6:14).

In the 1960s and ‘70s another dangerous doctrine arose called the Charismatic Renewal Movement, as Pentecostal experientialism began to infiltrate the mainline denominations. As a result, the church was tempted to define truth on the basis of emotional experience. Biblical interpretation was no longer based on the clear teaching of the text; but rather upon feelings and subjective, unverifiable experiences, such as supposed revelations, visions, prophecies, and intuition.

In the 1980s, the influence of clinical psychology brought subjectivism into the church. The result was a man-centered Christianity in which the sanctification process was redefined for each individual, and sin was relabeled a sickness. The Bible was no longer deemed sufficient for life and godliness; instead, it was replaced with an emphasis on psychological tools and techniques.

Mysticism arrived in full force in the 1990s, ravaging the church by convincing people to listen for a paranormal word from God rather than seeking out truth in the written Word of God. People began neglecting the Bible, looking instead for the Lord to speak to them directly. Consequently, the authority of Scripture was turned on its head.

All three of these movements attacked the sufficiency of Scripture. Whether people supplemented the Bible with supposed miraculous gifts, or with the human wisdom of psychology, or with their own imagined intuitions, many in the church began to seek something beyond the pages of God’s Word.

At the end of the twentieth century, the church was also greatly damaged by the Trojan horse of pragmatism. Though it looked good on the outside (because it resulted in greater numbers of attendees), the seeker-driven movements of the 1990s quickly killed off any true appetite for sound doctrine. Ear-tickling became the norm—as “seekers” were treated like potential customers. The church adopted a marketing mentality, focusing on “what works,” even at the expense of a biblical ecclesiology.

Pragmatism inevitably gave way to syncretism, because popularity was viewed as the standard of success. In order to gain acceptance in a post-modern society, the church became soft on sin and error. Capitulation was masked as tolerance; compromise redefined as love; and doubt extolled as humility. Suddenly, interfaith dialogues and manifestos—and even interfaith seminaries—began to sprout up on the evangelical landscape. So-called evangelicals started to champion the message that “we all worship one God.’ And those who were willing to stand for truth were dismissed as divisive and uncouth.

The church today is the hodgepodge product of these accumulated errors—from sacramentalism to subjectivism to syncretism. The “difficult times” that Paul spoke of certainly characterize the contemporary situation. Yet, in the midst of this chaos and confusion, faithful ministers are still required to carry out the very task that Paul gave to Timothy. In fact, the only solution for the church today is for pastors to diligently fulfill their God-given responsibility to preach the Word.