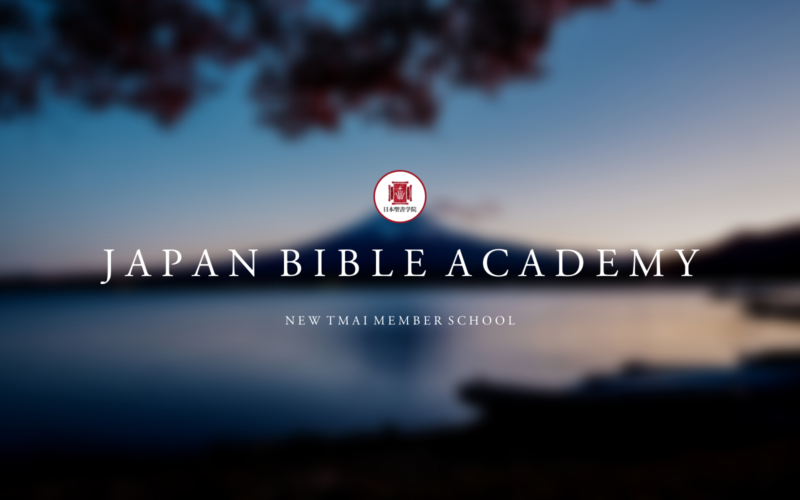 “We don’t want to hear you tell us what the Bible says. We want to hear what you think about it.”  That was the disheartening advice Pastor Doh got from a leading Japanese homiletics professor after Doh had preached an expositional message to his congregation.

Sadly, that preference for hearing human wisdom expounded—rather than the Word of God itself—isn’t just an isolated anecdote. It’s a common sentiment among churches in Japan, representing a challenge faced by believers all over the country: A scarcity of expository Bible teaching, as well as a lack of desire for it.

“Japan has always been a difficult mission field,” Daisuke  Okada, President of Japan Bible Academy, explains. Today, with a population of only 0.6% professing evangelicals, Japan is considered one of the largest unreached people groups in the world. Protestantism was first introduced in the country just over 150 years ago, but the churches have already been in a steady decline for the last several decades. Daisuke attributes this decline squarely to a lack of spiritual growth. “Almost no one is preaching and teaching the Word,” he observes, “but the Lord still has His people here.”

Eager to serve and encourage likeminded churches in Japan, JBA is bringing high-quality Bible training to believers through local churches in Akita, Kagoshima, Osaka, Sapporo, Sendai, and Tokyo. There are true Christians in Japan, but—due to a lack of strong Bible teaching—few of them are growing past the infancy of the Christian life. “They know they’re saved, but they often don’t know much beyond that.” In order for the church to grow into spiritual maturity, believers desperately need the solid food of God’s Word (1 Cor. 3:2, Hebrews 5:12–14). That’s one reason training pastors is such a crucial need in Japan. Daisuke explains, “We need to train men to be able to preach and teach the Word, so that the people in the pew can grow.” When the people in the pew are growing, equipped for the work of the ministry, the entire church radiates the bright light of the gospel to the community.

But coming alongside local churches in Japan for pastoral training is a little more challenging than it might seem at first. Most churches are only able to support one full-time pastor. If that pastor wants to pack up and come to the city for seminary training, it’s almost impossible for him to return to that same local church as a supported minister after completing his training. Under a traditional full-time model, the local churches are deprived of key spiritual leaders—they’re impoverished rather than strengthened.

In the face of these challenges, TMAI is excited to announce its newest member school: Japan Bible Academy. Eager to serve and encourage likeminded churches in Japan, JBA is bringing high quality Bible training to believers through local churches in Akita, Kagoshima, Osaka, Sapporo, Sendai, and Tokyo. By means of these local training programs, they’re exposing laypeople to the joy of studying God’s Word—and the greater joy of actually practicing the truth in their local church under the discipleship of their local pastor. Working closely with these local pastors, JBA is also identifying students as candidates for their expository preaching program—which takes place in a modular format. This model helps pastors-in-training stay and serve their local church as much as possible.

“Oftentimes,” Daisuke says, “people don’t know that Japan is a mission field because it’s so modernized. People automatically think that Christianity is already here, but in fact, we’re the second-largest unreached people group. There are a lot of people without any knowledge of Christ whatsoever.” The needs—and opportunities—facing Japan Bible Academy are staggering, indeed.

You might have wondered how Pastor Doh responded to the terrible advice he received after preaching his Bible-based sermon.

Thankfully, it wasn’t the only advice he was getting.

Doh had also been studying with Daisuke, learning the basics of expository preaching—how to study the text of Scripture, explain the meaning, and apply it to the lives of the people in his congregation. And for the first time, he’d also been studying about the biblical qualifications for elders. Doh realized that, even after graduating from a seminary in Japan and being offered a pastoral position, he’d never been evaluated according to the Bible’s requirements for elders. The more he studied Scripture, the more he was convinced that he needed to take a step back, make sure that he was qualified, and pursue more training in how to rightly handle God’s Word. That’s exactly what he’s doing now at Japan Bible Academy, as he seeks to be a faithful shepherd of the flock of God in Japan.

Please  pray for Japan Bible Academy—that God would call and equip many more men in Japan to be faithful preachers and teachers. The need is tremendous, but so are the opportunities. To those of you who do pray and partner with us, thank you. We look forward to keeping you updated about what the Lord is accomplishing through TMAI’s newest member school, Japan Bible Academy.

Hear from Daisuke Okada about the impact of the COVID-19 pandemic on ministry in Japan in this encouraging Pictures of Hope video update.

There are many ways to support the work of JBA—most importantly through your prayers. In addition to prayer, you can contribute financially HERE. To discuss other giving options, please contact us at giving@tmai.org.