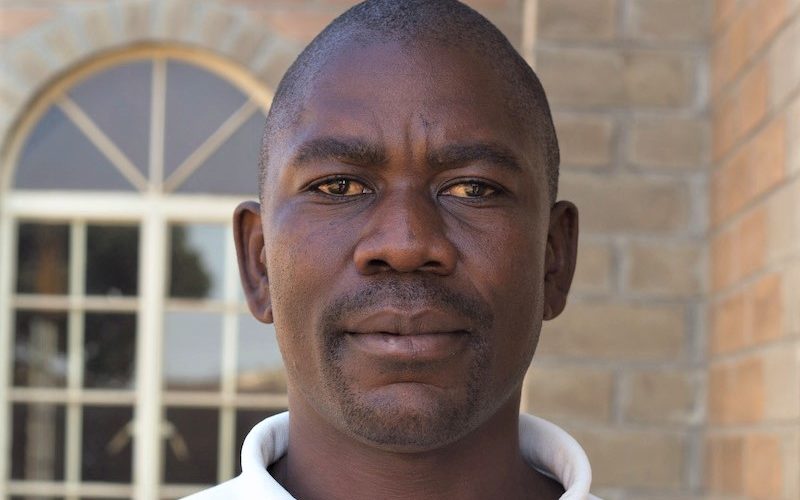 “I first met Raphael about six years ago, while he was in prison.”

Looking at the now-valedictorian of Central African Preaching Academy’s (CAPA) first graduating Bachelor of Theology cohort, CAPA President Jim Ayres remembers his initial introduction to Raphael. More than half a decade ago, Jim had been serving as the impromptu commencement speaker at a prison high school graduation ceremony. (A government program in Malawi gives inmates the opportunity to finish their education.)

“I shared the gospel and explained that if you’re a believer, then God uses trials to shape and mold your character. I recounted the stories of Joseph and Paul and how God used them while in prison,” Jim remembers.

And at least one person was listening—carefully: Jim’s translator, Raphael.

When a friend told him that the man who’d spoken at the prison graduation had started a seminary, Raphael applied without hesitation.

Raphael had been a merchant, selling seeds, but he’d pocketed some of the profits hoping that his employer wouldn’t notice. He was caught and sentenced to four years in prison for his theft. Even during those difficult years, the Lord was gracious to him; it was in that prison that Raphael heard the sermon that changed his life forever. And as Jim says, “It’s amazing to see how the Lord has worked in his life since then.”

After completing his prison sentence, Raphael began serving in a local church. In time, one of their branches had a pastoral vacancy, and they asked Raphael if he would fill it. He accepted, but he knew he needed more training. When a friend told him that the man who’d spoken at the prison graduation had started a seminary, Raphael applied without hesitation.

During his first semester at CAPA, Raphael approached Jim and introduced himself. “I’m not sure if you remember speaking at the graduation in prison,” he said, “but I translated for you. What you shared that day was a great encouragement to me—that I could still serve the Lord even though I was a prisoner. That’s why I’m here at CAPA today.”

In April of this year, Raphael completed his studies and gave a graduation address of his own, speaking as valedictorian of his class:

After spending several years here at CAPA, I feel like going back to the people and the churches where I preached before I came here and apologizing for the countless lies I have taught them, thinking that it was the Word of God. Honestly speaking . . . my life has totally been challenged in several areas of my ministry, theologically and practically.

Today, Raphael is a full-time pastor—one whose preaching has changed dramatically as a result of the training he’s received. But he also has a desire to be a missionary. He wants to accurately proclaim the Word of God to people who haven’t yet heard the Truth, and his time at CAPA has equipped him to do just that.

By God’s grace, and by means of support from faithful friends like you, TMAI was able to equip Raphael for the gospel ministry God has in store for him. And the work doesn’t end there! If you want to help train more men like Raphael to rightly handle the Word of God—combating error with biblical truth—you can visit our contribution page to our Support a Student Campaign today. Hundreds of incoming students around the globe are hoping to start their theological education this fall, but we need your help in order to make this training available to them. Please join us in praying for these precious students and graduates—that the gospel of Jesus Christ might go forth to the ends of the earth.