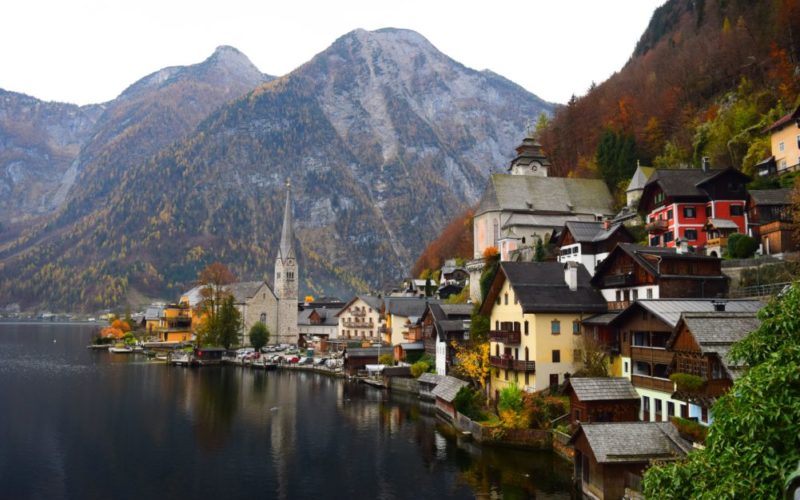 Dr. Mark Tatlock, president and chairman of The Master’s Academy International, has dedicated his life to serving the Lord among the nations. One of his many contributions includes a helpful chapter in the book Think Biblically, which gives a thorough explanation of the Bible’s teaching on the nations. Over a series of posts, we’re running a series of excerpts from this chapter in order to present a clear understanding of God’s design of the nations and our call to minister to them. Thus far, we’ve looked at God’s creation of the nations, Christ’s love for the nations, and the Church’s commission to take the gospel to the nations. In this post, we look at the Church’s work to reach the nations with the gospel.

Acts 1:8 explains how God’s redemptive plan for all peoples would be geographically implemented.  Beginning in Jerusalem, extending throughout Judea, to Samaria, it would go forth to every other nation, i.e., “the uttermost parts of the earth”.   This order honors God’s promise to offer salvation first to the Jew and then to the Gentile.

“Mission takes place in a world of cultures.  The book of Acts shows the progression of the gospel from the ‘Jewish’ Jews of Jerusalem into the Judean countryside, then to the Samaritans and to the Hellenized Jews, and from the latter to the Gentiles at Antioch, and finally to the multiple cultures of the Roman Empire and the world.” [1]

Acts provides a historical narrative of the emerging growth of the early church, demonstrating how first Peter and James, then Phillip, and finally Paul and his partners follow the explicit command of Christ to geographically extend His salvific mission.  The book of Acts introduces the church as God’s primary vehicle for extending His redemptive plan.

Peter, the apostle to whom Christ personally expressed His vision for the church (Mt 16:18), is entrusted with preaching the first gospel sermon inaugurating the church (Acts 2:14-39). This occurred during the time of Pentecost, just ten days after the ascension of Christ.  Pentecost, also known as the feast of weeks or harvest, required that every Jewish male appear at the sanctuary for this feast.  Because of the scattering of the Jews due to persecution during the Intertestamental period, Jews had occupied many countries in the Roman Empire.  These Jewish men, not native speakers of Aramaic or Hebrew, but speakers of their native country’s language, witnessed the coming of the Holy Spirit and the proclamation of the Gospel (Acts 2:5-15).  “People from every continent of the then known world were there.  Asia, Africa, and Europe were represented . . . . From its inception, the church had a focus as big as the world.” [2]  In God’s great wisdom and power, He demonstrated His far reaching plan for redemption.  Men who would return to their home countries following the feast, heard the Gospel in their own language.  The fact that these men were Jewish, again affirms God’s covenant plan to extend salvation, beginning first with the Jewish people.  Through them, Gentiles of other nations would be confronted in their idolatry.

In Peter’s sermon, he rehearses God’s promise to the nation of Israel, that through them the promised Messiah would come (Acts 2:29-36).  Peter would later serve as the lead counsel for the Jerusalem church when they were tempted to exclude any Gentiles from true fellowship as equals in the kingdom.  God prepares Peter in Acts 10:1-11:18 by giving him a vision and sending him to the home of the Roman centurion Cornelius.  Through the work of the Holy Spirit, Peter recognizes the meaning of the vision to be that all people, Jew and Gentile, are to be considered equal hearers of the covenant promise of salvation.  This incident is critical because: 1) Peter, the “apostle to the Jews” now understood that the church was to include people from all ethnic races and 2) Peter then led the Jewish church to accept Gentile believers as equals at the eventual Jerusalem Council described in Acts 15.

Witnesses in Judea and Samaria

Judea and Samaria represent the second phase of the church’s expansion.  Phillip successfully demonstrates this expansion by preaching the kingdom to the Samaritans in Acts 8:5-25.  He is joined by Peter and John (v. 14) who pray for the Samaritans to receive the Holy Spirit.  Here we see the church extended through their witness unto this previously rejected people.  Phillip, then, is called by an angel of the Lord to leave Samaria and journey to the southern part of Judea.  On this journey, he encounters not a Jew, nor a half-Jew, but an African Gentile.  This man, referred to most often as the Ethiopian eunuch, is a high ranking official in the court of Candace, queen of Ethiopia.  It is no mistake that this account of an African Gentile, being led to Christ through the Old Testament writings of Isaiah, is included in the book of Acts.  It perfectly illustrates God’s inclusion of peoples from remote nations in His redemptive plan.  As well, it is prophetic in anticipating the next phase of church expansion unto the uttermost parts.

Witnesses to the Ends of the Earth

Paul’s journeys manifest his understanding of God’s prescribed missionary method.  By entering a city and proceeding directly to the synagogue, Paul shows God’s desire that the Jew be given first opportunity to receive the Gospel message.  Met with direct hostility and persecution, Paul would then proceed to the Gentile forums such as Tyrannus’ classroom in Ephesus, the marketplace such as in Corinth, or the center of philosophical debate such as in Athens.  His authorship of multiple church epistles during these trips, helps us to see these books of the Bible not only as general or pastoral epistles, but letters to missionary church plants; each a picture of God’s redeeming work among primarily non-Jewish peoples.

Paul’s statement in 2 Corinthians 5:20, is useful as an overarching theme for his life, “Therefore, we are ambassadors for Christ, God making his appeal through us. We implore you on behalf of Christ, be reconciled to God.”  The allusion to an ambassador as a picture of his church planting ministry provides an effective connotation.  It is an ambassador who is tasked primarily with brokering peace between warring kingdoms.  Man, representing the fallen kingdom of this world, and God, defining His perfectly, righteous heavenly kingdom, find their agent of peace in those who are functioning as spiritual ambassadors.  Christ Himself serves as the ultimate ambassador, and the church his commissioned representatives.  For it is in His authority, and His alone, that the followers of Christ proclaim the hope filled message of reconciliation and peace (Mt 12:18).   “Paul says much about missions and evangelism.  Supremely an exponent and propagator of the gospel, he expected the early churches to be of like kind (Rom 10:12-18; 1 Cor 9:16-18; Eph 3:1-12; Phil 2:14-16; 1 Tm 2:1-7).”[3]

“In infinite wisdom God designed salvation; in infinite grace and at infinite cost God procured salvation in Christ Jesus, His only begotten Son; in infinite power God sent forth the Holy Spirit to actualize salvation in the individual and in history; in infinite compassion God instituted mission and missions – first through Israel and now through His church – in order that hopeless mankind might hear, know and believe the good news at the infinite salvation of God for mankind.”[4]

Today’s church finds itself central to this epoch of the mission mandate.  We continue to look towards the extension of the gospel around the world, penetrating every people group on the globe.

“The book of Acts demonstrates the progression of the message of Christ to ‘the end of the earth,’ which for Luke is Rome, the center of the Roman Empire.  The ‘all nations’ of Luke 24:27, however do not receive the preaching of the Gospel in the book of Acts, and this dimension of the Old Testament promise is still not completely fulfilled today.  That the fulfillment of this command is promised in the Old Testament should give the church confidence and urgency as it moves forward to accomplish the task.”[5]

The reader of Scripture recognizes the picture of eternity drawn at the consummation of all human eras to be the re-establishment of God’s one Kingdom.  In this Kingdom, men and women from every peoples will manifest the realization of God’s covenant plan and great commission assignment.