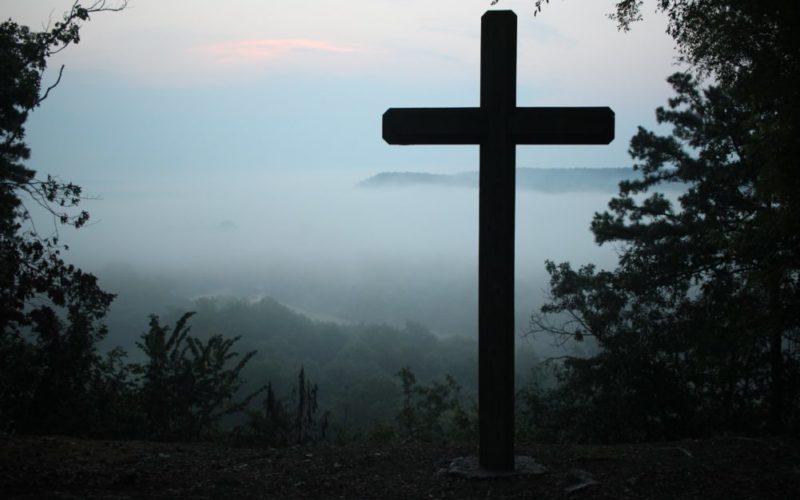 Dr. Mark Tatlock, president and chairman of The Master’s Academy International, has dedicated his life to serving the Lord among the nations. One of his many contributions includes a helpful chapter in the book Think Biblically, which gives a thorough explanation of the Bible’s teaching on the nations. Over a series of posts, we’re running a series of excerpts from this chapter in order to present a clear understanding of God’s design of the nations and our call to minister to them. Our last post looked at God’s creation of the nations and humanity’s fall. This time we look at Christ’s love for the nations and his commission to the church regarding the nations.

In the New Covenant, Christ is the ultimate fulfillment of God’s covenant promise to extend the blessing of salvation to all the nations.  In Him, we recognize the consistency of God’s plan to offer salvation to the Jews first, but also to the Gentiles.

The nativity narrative includes two bold allusions to the broad scope of God’s plan.  Luke 2 tells of the angels’ appearance to the Jewish shepherds in the fields near Bethlehem.  But also included in the narrative is the account of Magi or wise men traveling from the East to find the promised Messiah.  These men, most probably from the area of ancient Babylon, were searching the heavens for the promised sign of one who would come and rule.  Their eventual arrival at the child’s home, bearing valuable gifts, resulted in their active worship of Christ.  The fact that both Jew and Gentile are included in this narrative account hints that from the very beginning of Christ’s earthly life, God’s commitment to reconcile all men to Himself is evident.

The second allusion to God’s multi-cultural program comes eight days after Christ’s birth.  Mary and Joseph, obeying the command to dedicate their child at the temple, arrive only to be met by a man named Simeon.  Luke 2:29-32 reveals God had promised Simeon he would not die until he had seen the promised Savior.   Simeon, upon seeing Mary and Joseph enter the Temple court, immediately recognized the child as the fulfillment of God’s promise.  He makes a critical statement as he takes the child into his arms and says, “Lord, now you are letting your servant depart in peace, according to your word; for my eyes have seen your salvation that you have prepared in the presence of all peoples, a light for revelation to the Gentiles, and for glory to your people Israel.”  Here is an obvious emphasis on the multi-ethnic scope of redemption.

The fact that Christ was born a Jew is consistent with God’s covenant plan to work through the Jewish nation to offer salvation.  Unfortunately, the Jews failed to understand the scope of God’s kingdom plan.  Particularly during the lifetime of Christ, they were adamant that the blessing of the covenant would be limited, aimed only at benefiting the Jewish people.  This blind perspective resulted in Christ’s repeated confrontation of the Jews in his earthly ministry, and proved to be the source of their hatred for Him.   Luke 4:24-27 records Christ’s first sermon in the city of Nazareth.

And he said, “Truly, I say to you, no prophet is acceptable in his hometown.  But in truth, I tell you, there were many widows in Israel in the days of Elijah, when the heavens were shut up three years and six months, and a great famine came over all the land, and Elijah was sent to none of them but only to Zarephath, in the land of Sidon, to a woman who was a widow.  And there were many lepers in Israel in the time of the prophet Elisha, and none of them was cleansed, but only Naaman the Syrian.”

Christ specifically chose two Old Testament references to the faith of non-Jewish individuals.  Both the widow of Zarephath and Namaan are illustrations of the intended scope of God’s covenant plan.  To the Jews, looking for an earthly Messiah with nationalistic intentions, these references to Gentile individuals were perceived as inconsistent with their expectation of a Messiah.  This failure on the Jews’ part, to understand God’s redemptive plan and their role in it, led to continual conflict with Christ during his earthly ministry.

When Christ attempted to explain the concept of loving your brother, using the example of the Good Samaritan (Lk 10:25-37), it is the Jews in the story who neglected to love one of their own who had suffered the injustice of robbery and abuse.  The hero in Christ’s account is the hated Samaritan.  Jews, who despised Samaritans because of their ethnically mixed heritage, heard Christ elevating him over Jews as an example of Kingdom faith.  In an even bolder fashion, Christ emphasizes the failure of the Jews to embrace God’s plan when He is approached by a Roman centurion (Mt 8:5-13).  His faith based request to have his servant healed by Christ, provides Christ with an opportunity to contrast what saving faith looks like compared to the national and religious pride of the Jews.

When Jesus heard this, he marveled and said to those who followed him, “Truly, I tell you, with no one in Israel have I found such faith.  I tell you, many will come from east and west and recline at table with Abraham, Isaac, and Jacob in the kingdom of heaven, while the sons of the kingdom will be thrown into the outer darkness. In that place there will be weeping and gnashing of teeth.”

Here another Gentile is elevated as one who will partake in the promised kingdom, and it is revealed many Jews will be excluded.

On several other occasions Christ confronted the pride and ethnocentrism of the Jews (Mt 12:38-42; 15:21-28; Lk 24:13-49; Jn 4:39-42; 12:32). One of the most interesting instances is the expulsion of the money lenders and vendors from the Temple courts.  Mark 11:15-17 portrays the anger of Christ directed at those who had compromised the function of the Temple as a place for reconciliation and worship.  It is interesting that this occurred in the area of the Temple referred to as the “Court of the Gentiles”.  In the design of the Temple, God had intended for there to be a recognized place of worship for the foreigner.  This is consistent with Solomon’s prayer of dedication in 1 Kings 8.  Not only was Christ cleansing the Temple from those who were violating its consecrated purpose, He was also illustrating that the Jews had come to disregard the rightful place of a foreigner to worship their God.  By His expression of anger, He affirmed the significance of this dedicated place of worship for the nations.

When Christ prepared to ascend to heaven, He revealed to His followers what would be His intended pattern for ministry.  The following statements comprise the essence of Christ’s commission: “Go therefore and make disciples of all nations.” (Mt 28:18-20); “Go into all the world and proclaim the gospel to the whole creation.” (Mr 16:15-16); “repentance and forgiveness of sins should be proclaimed in his name to all nations, beginning from Jerusalem.” (Lk 24:46-49); “you will be my witnesses in Jerusalem and in all Judea and Samaria, and to the end of the earth.” (Acts 1:7-9).  In declaring that His followers should make disciples of all men, He uses the explicit phrase “of all peoples”.   This phrase translated “all peoples” or “all nations” (panta ta ethne) in Matthew 28:19 relates directly to the “all the families of the earth” phrase in the Abrahamic covenant (Gn 12:3).

The sweep of all the [linguistic] evidence makes it abundantly clear that God’s gift of a blessing through the instrumentality of Abraham was to be experienced by nations, clans, tribes, people groups, and individuals.  It would be for every size group, from the smallest people group to the greatest nation.[1]

The interaction with secular nations meant interaction with man-made deities.  The goal of missions is a rejection of idolatry, including man himself, and the reconciliation of true worshipers.  “Worship launches mission outreach, and worship is the outcome of this outreach as new believers join in honoring our Lord.  Active witness connects the starting line with the goal.”[2]