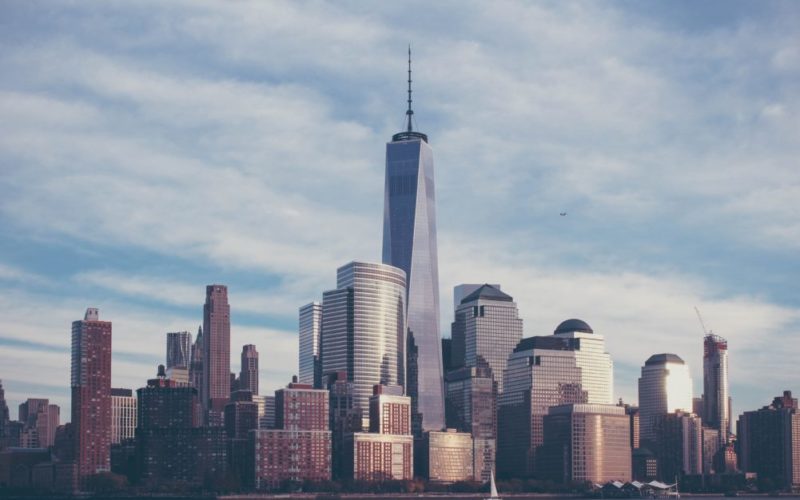 Dr. Mark Tatlock, president of The Master’s Academy International, has dedicated his life to serving the Lord among the nations. One of his many contributions includes a helpful chapter in the book Think Biblically, which gives a thorough explanation of the Bible’s teaching on the nations. Over the next few posts, we’ll be running a series of excerpts from this chapter in order to present a clear understanding of God’s design of the nations and our call to minister to them.

It is critical that any theologically informed worldview begin with the account of creation.  Genesis 1:1 states clearly that there is only one Creator.  Roger Hedlund explains, “Creation by God means that there is but one human race . . . and that Yahweh is no tribal deity but God and Father of all.”[1]  Every man, woman, and child owe their very existence to this true God.  The “fatherhood” of God in a physical sense is inclusive by definition and biblical declaration (Mal 2:10).  “Ethnic and cultural diversity is part of the creative design of God . . . Racism is a perversion of creation.”[2]

There was no pantheon of gods involved in creation.  The universe was not created by committee.  In the obvious vacuum of multiple creators, any other false deity’s claim to creation rights is invalid.  Any attempt by a false religion to ascribe authority or worship to a god other than YAHWEH, is an attempt to rob God of the glory that He alone deserves.

For although they knew God, they did not honor him as God or give thanks to him, but they became futile in their thinking, and their foolish hearts were darkened.  Claiming to be wise, they became fools,  and exchanged the glory of the immortal God for images resembling mortal man and birds and animals and reptiles . . . they exchanged the truth about God for a lie and worshiped and served the creature rather than the Creator, who is blessed forever! Amen. (Rom 1:21-23,25)

Rejecting the Creator results in elevating the creation.  Whether it be the idolatry of paganism or the self-deification of humanism, the result is the same.  Unregenerate man will always attempt to draw glory away from the Creator and attribute it to something which falls in the “creation” category.  Only the one, true Creator God deserves all worship

The Rebellion of Satan

We see this principle demonstrated in the account of Satan’s rebellion.  Isaiah 14:14 explains how Satan asserted his independence and made His mission to “be like the Most High”.  Here, we witness the very essence of sin; the substitution of the creation as the object of worship.  Revelation 12:4 informs us that many other angels followed Satan, attributing supreme worth and honor deserved only by God, to Satan.  It is critical to observe, that at the very moment of their choice to do so, a second kingdom was established, the kingdom of this world.  This two kingdom reality constructed for man an alternative stage on which to play out his life and allowed for his choice to either follow God or embrace idolatry.

Scripture testifies that God Himself refuses to allow His authority to be assumed by any created being (Is 42:8).  History will play out the drama of Satan and man vying for God’s glory.  The great white throne judgment will be the final act wherein all who have elevated an object of creation, including man, to a position of deity will be held accountable for their choice (Rv 20:11-15).

Scripture tells the beautiful story of a God who so loves His creation, that He designed a plan of redemption, calling man back into a reconciled relationship with the Creator.  Man was created to have perfect fellowship with God (Gn 2:4-25).  It was God’s intent to see His creation experience an intimate relationship with Him centering on man’s willingness to honor the Creator for who He alone was. Redemption is the chance to make right what went perilously wrong in the Fall. The tragedy of Adam and Eve’s choice was the exchange of their intimate relationship with the awesome Creator for the lie in order that they too could possess some of the glory of the Creator.  When mankind asserted his/her independence (Gn 3:1-7), they too adopted the same mission as Satan, to elevate self to the position of ultimate authority and autonomy.  This is evident when one examines what occurred in the dialogue between Satan and Eve.

The Fall of Man

Genesis 3:13 states that Eve was deceived by the Tempter (2 Cor 11:3, 1 Tm 2:14).  It is critically important to examine what lie Eve heard.  For, if the Fall hinged on the acceptance of a lie, then a more accurate understanding of the nature of disobedience can be better defined.  Placed in dialogue format, the exchange between the Devil and Eve reveals that Eve was not as much a victim as is typically taught.

Serpent: “Did God actually say, ‘You shall not eat of any tree in the garden’?”

Serpent: “You will not surely die. For God knows that when you eat of it your
eyes will be opened, and you will be like God, knowing good and evil.”

So when the woman saw that the tree was good for food, and that it was a delight to the eyes, and that the tree was to be desired to make one wise, she took of its fruit and ate, and she also gave some to her husband who was with her, and he ate. (Gn 3:1-6)

The two statements made by Satan give us the clearest understanding of what occurred at the Fall.  The first statement, “You will not surely die”, is the lie which Eve chose to believe.  We know this is a deceptive statement because it completely contradicts the warning God gave to Adam in Genesis 2:17, “. . . but of the tree of the knowledge of good and evil you shall not eat, for in the day that you eat of it you shall surely die”.  The amazing thing to recognize is that Satan told the truth regarding the nature of the tree.  It did represent the knowledge that only God possessed, until Eve ate.  The real temptation for Eve was the idea that she could be like God.

This desire to rob God of the glory He alone deserves and redirect it to oneself is the essence of the rebellion as described in Romans 1.  This choice, motivated by the same idolatrous desire as Satan and the fallen angels, made necessary a God-initiated provision for enabling man to repent from sin.  The mission of God, to restore Himself to the rightful place of worship by His creation, required a work of reconciliation that could not be accomplished by man (2 Cor 5:18-21).  God acted swiftly to introduce this plan.  In Genesis 3:14-15, the curse is pronounced upon Satan and man, and includes the promised victory of God’s kingdom.  Theologians refer to this passage as the “proto-evangel” literally meaning, “first Gospel”.  Here in God’s pronouncement of judgment, He states that the “Seed of the woman” would wield a final defeating blow to the counterfeit kingdom established by Satan’s rebellion.  Scripture then embarks on a sixty-six book account of how God has been at work throughout human history reconciling men and women from every people back to a pre-Fall relationship with Himself, the Creator.  The promise of a coming Redeemer, “was given to the entire human race . . . . Its racial scope must not be overlooked, for only as Christ becomes the Saviour of the total human race is Genesis 3:15 fulfilled.”[3]