The Word of God Is Not Bound

Ever since Pastor Robbie graduated from TMAI’s school in the Philippines, he’s been eager to see as many people as possible benefit from that same biblical training.

“Even after being in pastoral ministry for thirty years,” he says, “the wealth of know-how the program has imparted to me is tremendous.”

After seeing how his own approach to Bible study and preaching has been transformed, he’s been an enthusiastic advocate for this kind of biblical instruction. “The Expositor’s Academy Preaching Program has so greatly impacted us that we are now seeking, as leaders of our church, to get more men—not only from our church but also from churches in other regions—to enroll in the program in the near future. This is one program I would strongly endorse to any pastor and church truly serious about the ministry of God’s Word.”

So when Pastor Robbie approached his former professors at TMAI about offering a special Bible training session for about 30 men and women in his area, they were happy to participate. But as the February event drew closer, the plans began to evolve. Robbie wondered, would it be ok if there were a few more students than they’d initially expected—maybe as many as 70?

Even though ministers of the gospel in the Philippines are experiencing unprecedented physical restrictions due to the pandemic, the Word of God is not bound by those same limitations. The professors certainly couldn’t say no, even if the doubled class size demanded some extra work and adjustments to the group dynamic. They made plans to move from the intended small classroom to a larger worship center to accommodate the extra students, made some refinements to their lesson plan, and printed plenty of copies of the course notes in advance.

But as it turned out, even the enthusiastic Pastor Robbie may have underestimated the interest. On the day of the event, the class size had more than doubled yet again—a total of 160 eager students attended the training.

Daunted by the number of students, the TMAI professors quickly recalibrated their teaching strategy to communicate effectively with such a large group. But despite the surprise turnout, it was “an awesome opportunity,” says Sean Ransom of TEA. “And we’re hoping that from that group, maybe 5–10 percent will go into our preaching program.”

Of course, all of that took place in February 2020—mere weeks before the country was shut down by the coronavirus.

There’s no shortage of enthusiasm, interest, and a genuine hunger for biblical teaching in the Philippines. And there’s tremendous opportunity for biblically trained, godly Filipinos to reach their country—and the world—with the gospel of Jesus Christ. “Filipinos are well-received as they travel all over the globe to work,” Sean says. “[And] the country is friendly to the nations around it. It’s easily accessible, and the cost of living and doing business is low. This makes the Philippines an ideal place to train both nationals and internationals.” In fact, The Expositor’s Academy has already received inquiries from men in Cambodia, Malaysia, and Myanmar who want to pursue training at the school.

The hunger for the Word is urgent, but the pandemic has introduced a host of new challenges. In light of government-mandated shutdowns, TEA has been unable to facilitate training sessions like the one that took place in February; they’ve switched to online platforms to continue the training. Even though ministers of the gospel in the Philippines are experiencing unprecedented physical restrictions due to the pandemic, the Word of God is not bound by those same limitations. In fact, thanks in part to the fact that TEA was forced to move courses online, the men from nearby countries who expressed interest in the program have already been able to participate in the online training. In God’s kind providence, this could prove the first step toward expanded ministry in those countries in the future.

So how can you be praying for the Philippines?

May all the glory be to Him who is able to do “far more abundantly beyond all that we ask or think” (Eph. 3:20). Thank you for praying with us. 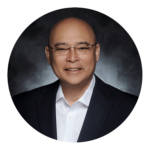 Robbie serves as a Pastor and is a TMAI graduate in the Philippines.

Thank you to those who joined us for Together We Pray 2020, a week of unified, kingdom-impacting intercession for shepherds and saints around the world. We eagerly look forward to seeing how the Lord will answer your prayers—and we hope you’ll continue to partner with us in intercession for The Expositor’s Academy. If you missed TMAI’s global prayer event on Friday, July 31, you can still catch the recording at www.tmai.org/TogetherWePray.