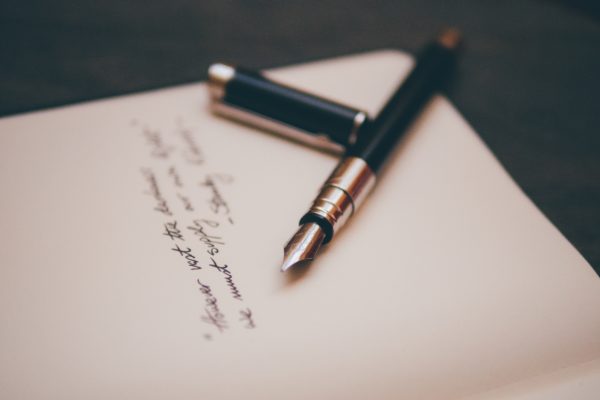 Paul wrote strategically. We have his canonized letters, but he wrote more than we know, maybe many more. Let’s consider just one way that Paul used writing to minister to people, asking how it might have implications for our work around the globe.

In Paul’s day, a letter was one part of a mission. When someone like Paul sent a letter—particularly one in which the writer-sender held a position of authority with the recipients—the sender intended the letter to support the mission. The mission was typically more than the letter, although delivering or reading the letter may have been central to the sender’s intentions. Two implications of this point are worth considering.

Paul hoped to accomplish significant ministry through his letter missions. The apostle intended for letters to instruct, encourage, challenge, rebuke—in short, just about anything the apostle accomplished in face-to-face ministry. But also, Paul wanted his messengers to conduct ministry conducive to the letter-message. Typically, his messengers were also his trainees.

The Role of the Messenger

Paul chose gifted messengers. The agent played a role, not only in carrying the message, but also in supporting the message. The recipients of Paul’s letters may have asked the messengers questions about Paul’s intentions. And the messengers took back reports to Paul about the letter’s impact, feedback critical to the mission and to preparation for the next. No wonder some of Paul’s messengers—Timothy and Titus, for example—became pastors! They built relationships with the people and delivered Paul’s letters (Scripture) by reading them. This is the pastor’s work! We see clear indicators of this in the letters themselves, particularly when Paul gives instructions to the recipients that they should respond to the messenger and his message, such as “receive him.”

Interestingly, this could also apply to gathering support for Paul’s ministries:

In addition, we are sending with them our brother who has often proved to us in many ways that he is zealous, and now even more so because of his great confidence in you. As for Titus, he is my partner and co-worker among you; as for our brothers, they are representatives [messengers, NASB] of the churches and an honor to Christ. Therefore show these men the proof of your love and the reason for our pride in you, so that the churches can see it (2 Corinthians 8:22-24).

Titus was not just Paul’s letter reader, but also his “partner and co-worker.” The clause, “Show these men the proof” is an admonition to give the messenger promised financial support.

When you deliver Paul’s message—in training center lectures, evangelism work, or Sunday sermons—you serve similar roles to Paul’s first messengers. In a paraphrase of Paul’s affirming words to Timothy, “You must read Scripture, and teach and preach it” (1 Timothy 4:13). This makes me wonder if Timothy and Titus’ messenger roles did not naturally lead to pastoral positions.

Brothers, deliver every message of Scripture faithfully as Paul’s messengers delivered his letters. In truth, they come from God through the pen of Paul. That means making sure that the message recipients can both understand the reading, and apply it to their lives. We will have more to say about writing and translation ministry in the future, but for now, I hope these simple thoughts encourage you and spark some ideas about how you can use writing more effectively in your ministry.