Together for the Bible 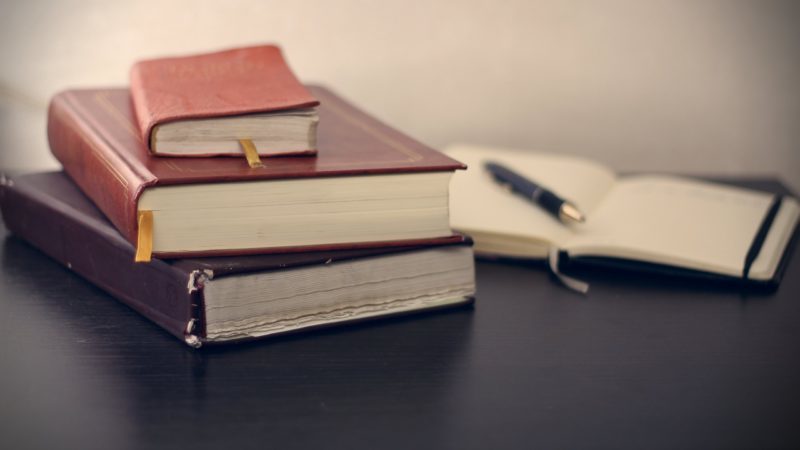 Together for the Gospel?

What about the Bible?

Faith comes by hearing the gospel, right (Rom. 10)? So we plant churches. But how do we plant churches without the Word of God? We can start by evangelizing, which is oral proclamation of the gospel, but as people come to faith and yearn to grow in their love for God and others, they will need to be discipled by others with the Word of God. They will need to obey all of God’s Word as they are taught and discipled (Matt. 28:18-20). They will gather together regularly (Heb. 10:25) in order to hear the Word publicly read aloud (1Tim. 4:13), preached (2Tim. 4:1-4), prayed and sung (Col. 3:16; Eph. 5:19-20), and even seen depicted through the ordinances of baptism and the Lord’s Supper (Rom. 6; 1Cor. 11).

Church planting is increasing today, as it should be in obedience to the Great Commission. But how shall churches be planted for the more than 6,569 (of 7,102 languages in the world) language groups that lack a Bible? Some orality folks say that church planters just need to memorize “re-crafted” parables and narrative portions of Scripture. But that simply will not do, as the church needs ALL of Scripture (2Tim. 3:14-17) to be read, preached, prayed, sung, and seen in the ordinances, if its members are to know how to follow and obey their Lord and Savior (Matt. 28:18-20).

Still, it is encouraging to see groups of churches fellowshipping, partnering, co-laboring, networking, and working together to plant churches. When churches pool their resources (financial, prayer, training, translation, printing, etc.) it’s a wonderful application of the biblical concept known as the interdependence of local churches.

When churches pool their resources, it’s a wonderful application of the biblical concept known as the interdependence of local churches.

But what about Bible translation? What has historically sparked great gains in translating the world’s languages? According to Paul Ellingworth, the establishment of Bible societies in the 1800’s was the single most important factor for 61 languages receiving a complete Bible for the first time. Ellingworth writes, “More than twice as many languages received a complete Bible for the first time in the nineteenth century as in the entire previous history of printing: sixty-one of these languages between 1800 and 1885” (P. Noss, A History of Bible Translation, 133). This explosion in translation is attributed to the establishment of the British and Foreign Bible Society, along with other Bible societies that followed.

What’s the lesson? We see examples in Scripture of churches partnering together for famine relief (2Cor. 8-9) and for the furtherance of the gospel through sending missionaries to evangelize (i.e. Paul’s first journey, cf. Acts 13), and to disciple (i.e. Paul’s 2nd and 3rd journeys, cf. Acts 15-18). Paul planted churches through being sent and supported by partners in the gospel (Phil. 4; Rom. 15; 2Cor. 11). He sent some trusted co-laborers to establish elders (Titus) and others to pastor some of these churches when they were facing theological controversy (1-2 Tim.). In summary, Paul focused on churches working together to plant churches led by godly elders and pastors who would read, preach, pray, sing the Word of God, and show the Word through the ordinances in the gatherings of the local church. The purpose of this labor was for the edification and building up of the saints (Eph. 4), so that churches would bring God glory (Eph. 3).

Paul calls this co-laboring “fellowship,” and encourages us to follow his example. When churches partnered together through missionary societies, not only were churches planted, but Bible societies were formed. This allowed church planting missionaries to have the Word of God available for evangelism, teaching in discipleship, as well as to read, exposit, sing, and pray in the church gathering.

We too should join in promoting the glory of God through laboring together in the work of planting churches, translating the Bible, and training the next generation of pastors, translators, authors, scholars and leaders (i.e. theological education). Let’s come together to help put the Bible into the remaining 6,569 languages of the world, and to help many of the 531 languages that have Bibles but need revisions. Let’s come together for the Bible!