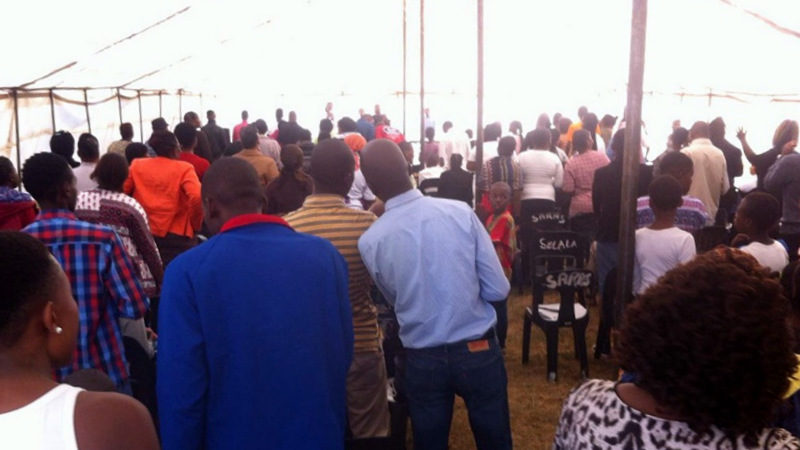 The ZCC Cult during their Easter Conference

The Zion Christian Church (ZCC) is one of the largest cults in Africa. Born out of the early Pentecostal movement, the ZCC believes that its leader, Barnabas Lekganyane, is a prophet of God endowed with supernatural powers (signs and wonders). He is venerated as the church’s mediator, with worship songs and prayers being made in his name. David Beakley, founder of Christ Seminary, a TMAI training center in South Africa, describes the ZCC as “a dark cloud of paganism mixed with Scripture that hangs over Southern Africa.”

Every year, the ZCC hosts an Easter conference not far from Christ Seminary’s base in Polokwane. On average, some 2–3 million people congregate annually to hear from—and worship—their leader, Lekganyane.

But there was another conference held this Easter. It was not held to venerate the name of some modern-day prophet but to exalt the name of Jesus, the only name given unto man whereby man must be saved.

After 20 years of teaching men in South Africa, there are now Christ Seminary graduates holding their own conferences throughout the country. This Easter, five such graduates and their respective churches came together to hold a conference that lifted up the true Lord and Savior, Jesus Christ. Rather than promote their own ecstatic prophecies and supernatural powers, these brave men stood against the rising tide of heresy and modeled for three days something that South Africa desperately needs: verse-by-verse expository preaching from the Holy Bible, the only true power of God unto salvation.

This conference hosted by TMAI graduates is a remarkable testimony to the work of God in South Africa. Though the ZCC’s influence permeates nearly every village and township, exerting strong pressure to accept and join, God has delivered these men and their churches out of such darkness as they have come to see the light of Scripture and the power of the gospel. But for these men to stand against such opposition, they need real discipleship, pastoral training, theological resources, and financial support.

TMAI exists for such a purpose, and we are praying to raise $289,000 by July 31 to meet these kinds of needs at each of our training centers worldwide. It is absolutely critical that those on the front lines who are taking a stand for truth do not stand alone.